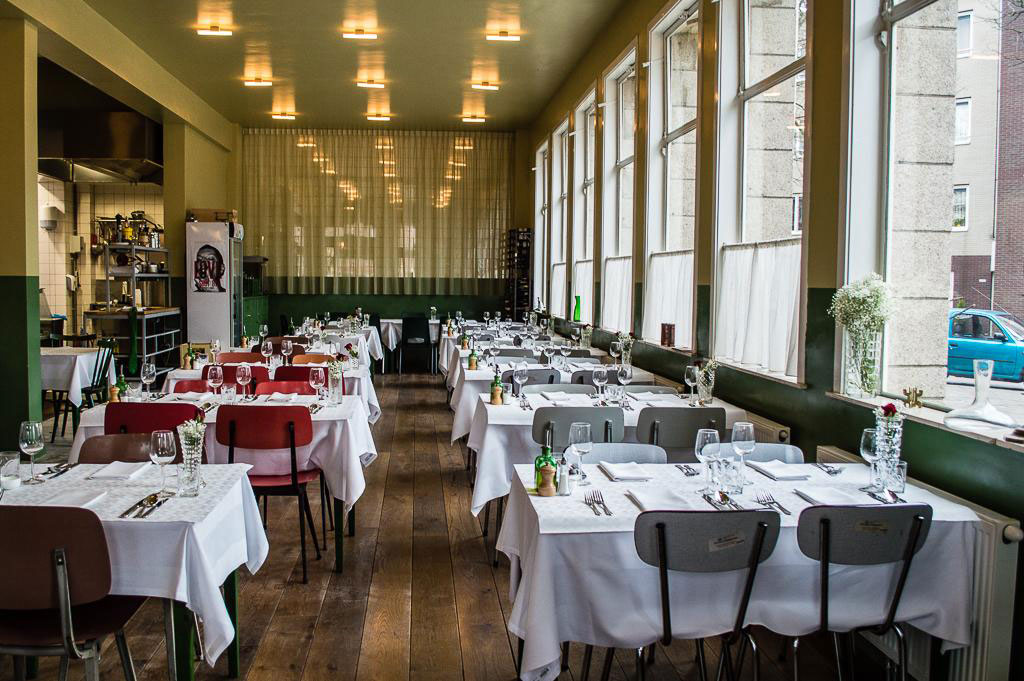 As I need to be in Amsterdam for my job (creative direction for fashion shoots), I find it always challenging to dine in good food restaurants. This can be the hot spot of the moment, or a hidden treasure known by some locals, or a classic frequented by quality seekers.

If Elle/harpers Bazaar/Vogue fashion photographer Wendelien Daan (who likes good food as much as I do) and later Maarten van de Vijfeijken (Founder of creative studio “Goed stel mensen”) both recommended me Café Modern, than I did what needs to be don, I booked a table.

Café Modern is situated near Amsterdam North and is from the same team that brought us Hotel de Goudfazant. (not an hotel, but a great restaurant in an industrial car park). Café Modern nested in an old bank building and has a feeling of a school refter, or a canteen of a 60 ties government house.

You still find the vaults of the bank, as they are turned into a toilet area in the cellar. 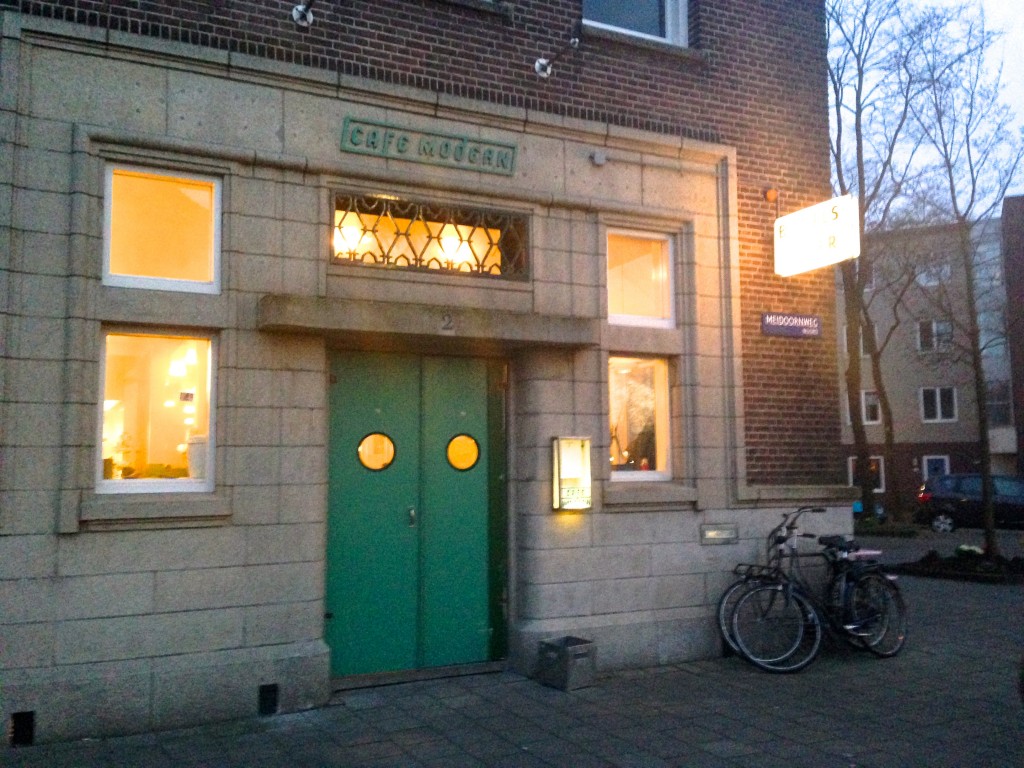 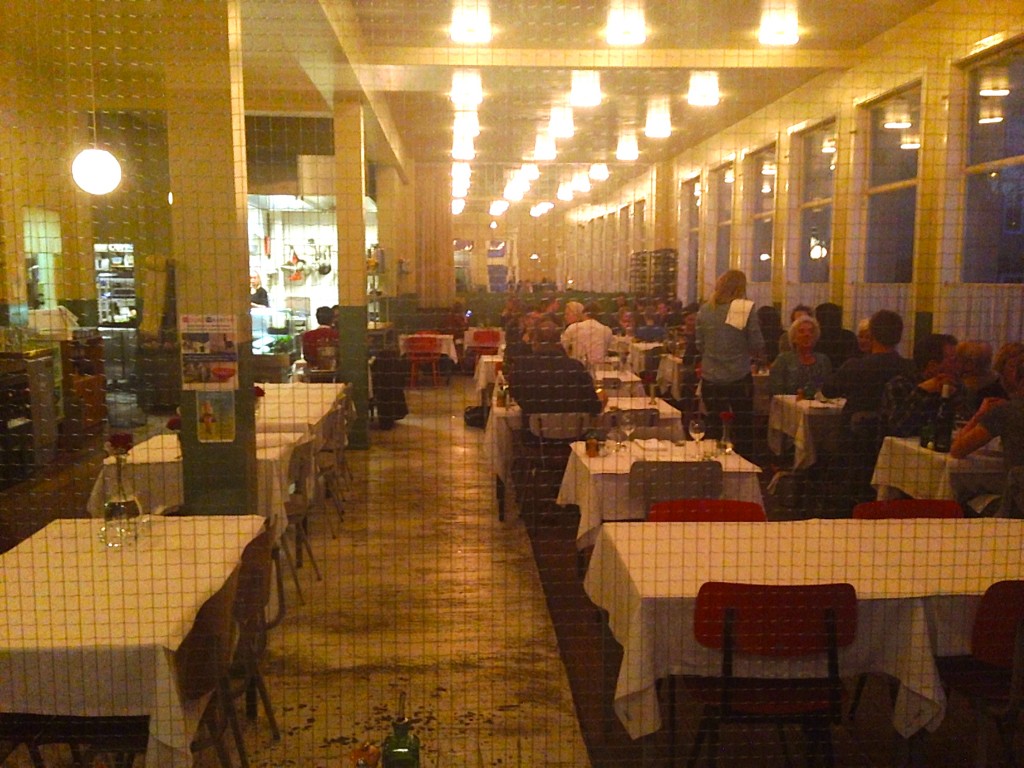 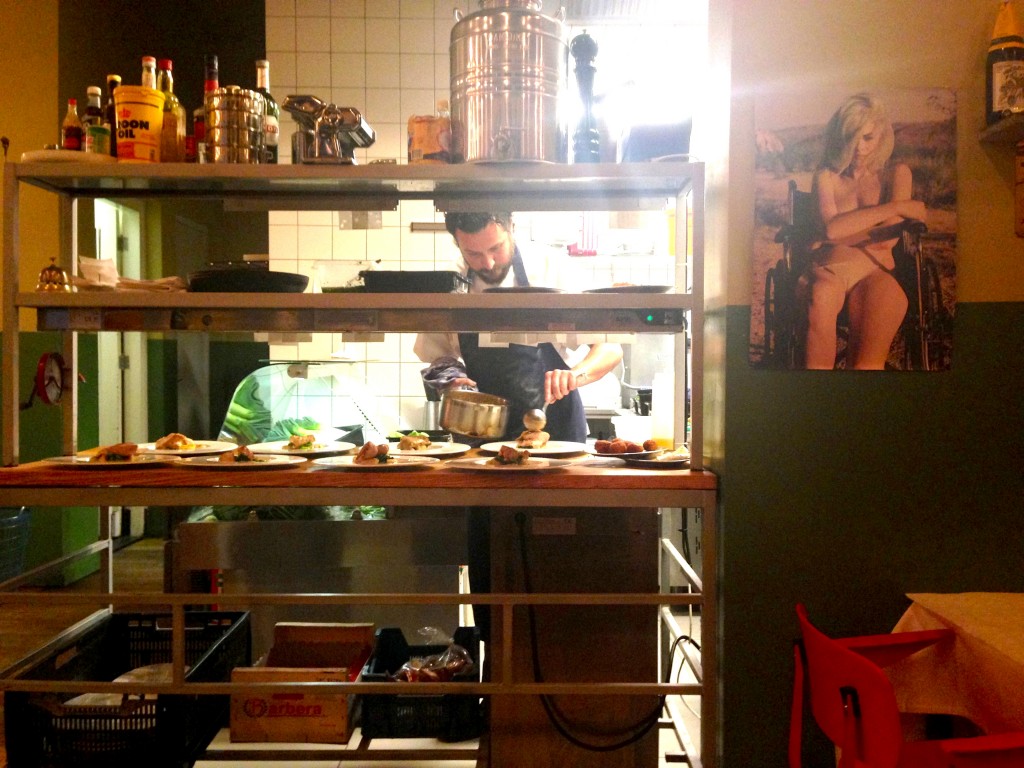 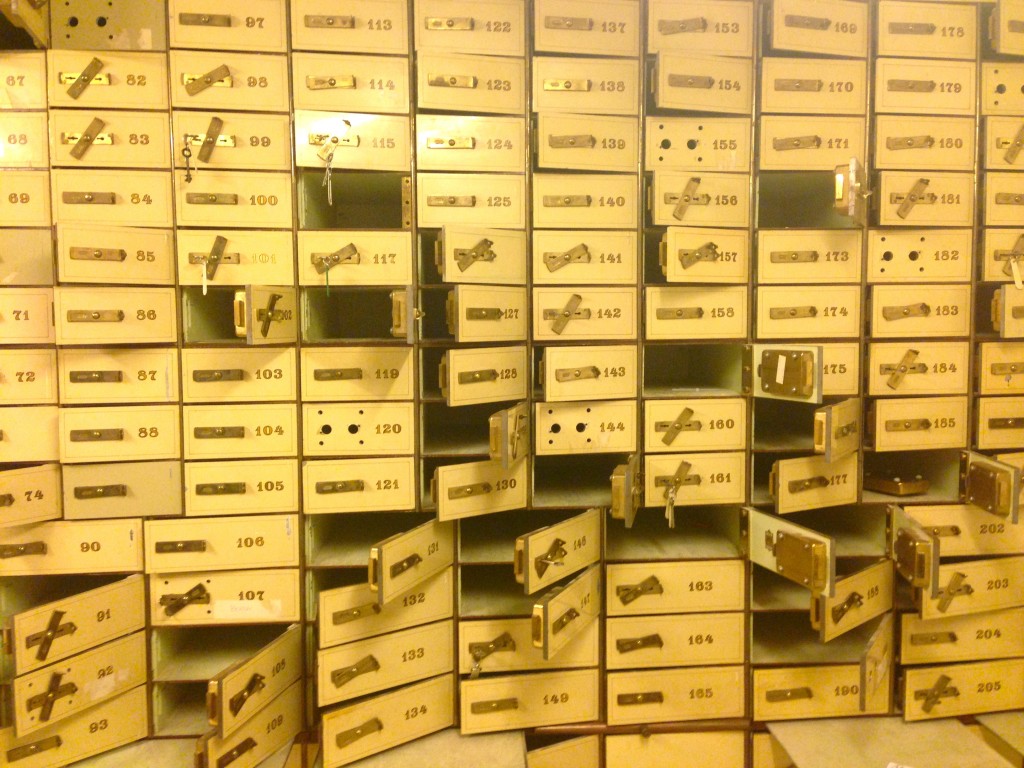 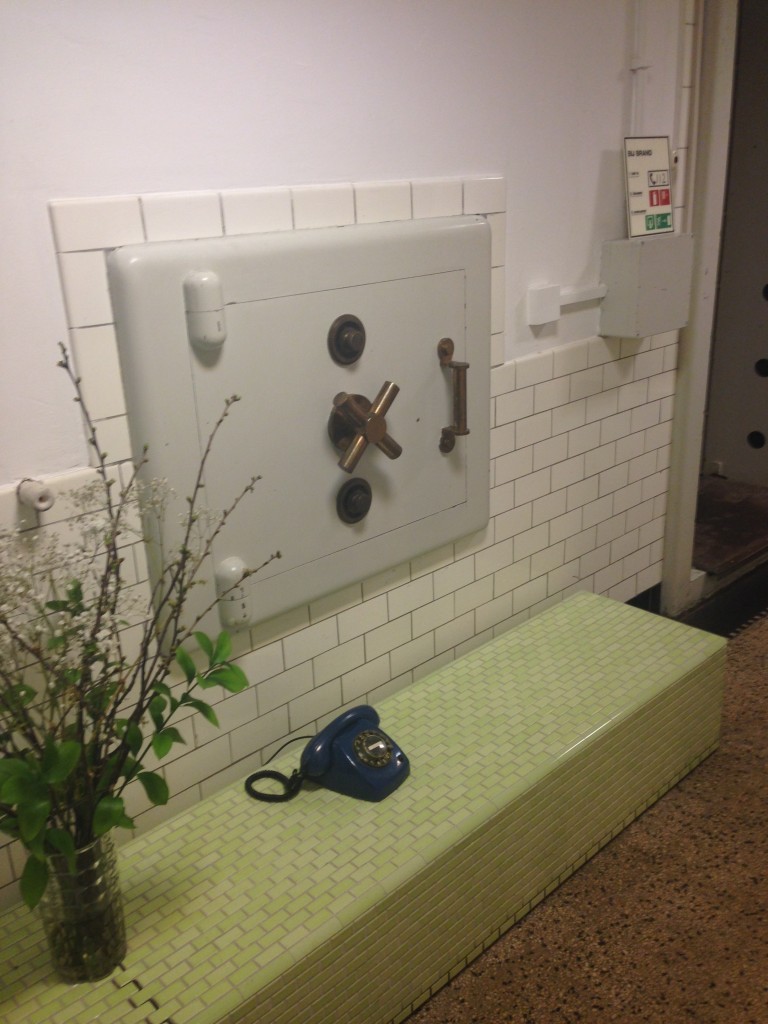 There is only one menu, 4 courses for only 42,50 euro’s, and as everything is described in a subtle way, the entire menu is a surprise journey. But a pleasant one!

The chef only works with daily fresh ingredients, and brings dishes at such an affordable price that it’s hard to image the guy earns a living out of this.

The food is super fresh, combinations are special and very tasteful, and if there is something on the menu you don’t like, the chef prepares with a smile another plate.

Just to give you an idea: we had squid, oyster, guinea fowl, sweetbread, langoustines and white chocolate, to name a few main ingredients of the dishes. 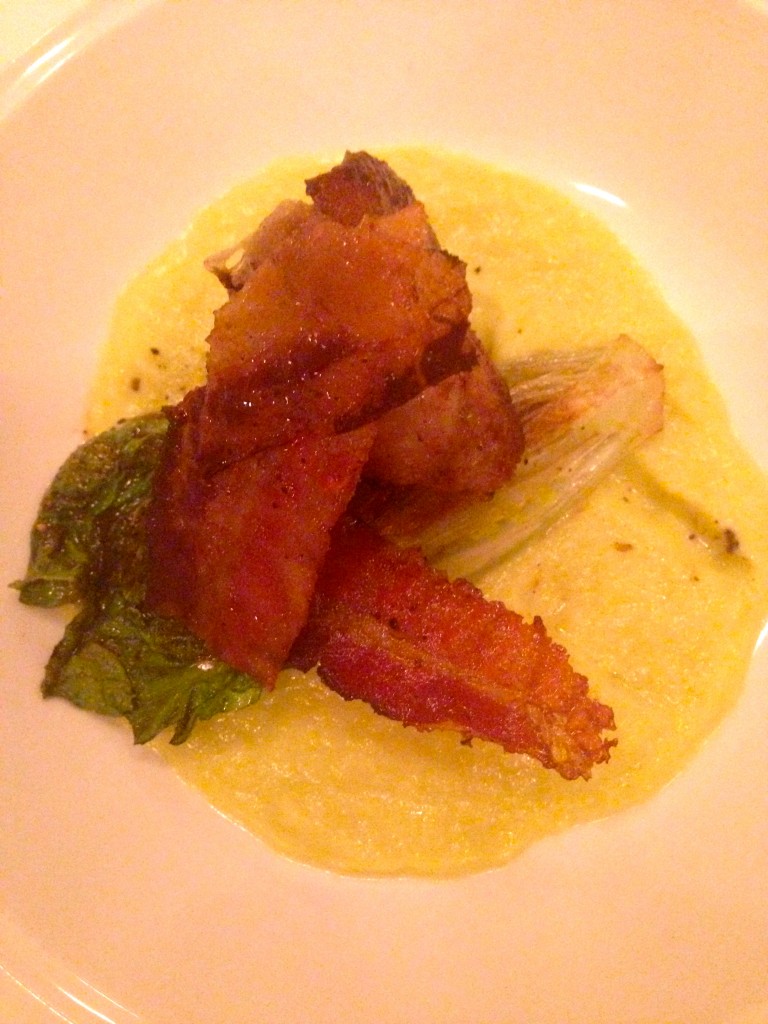 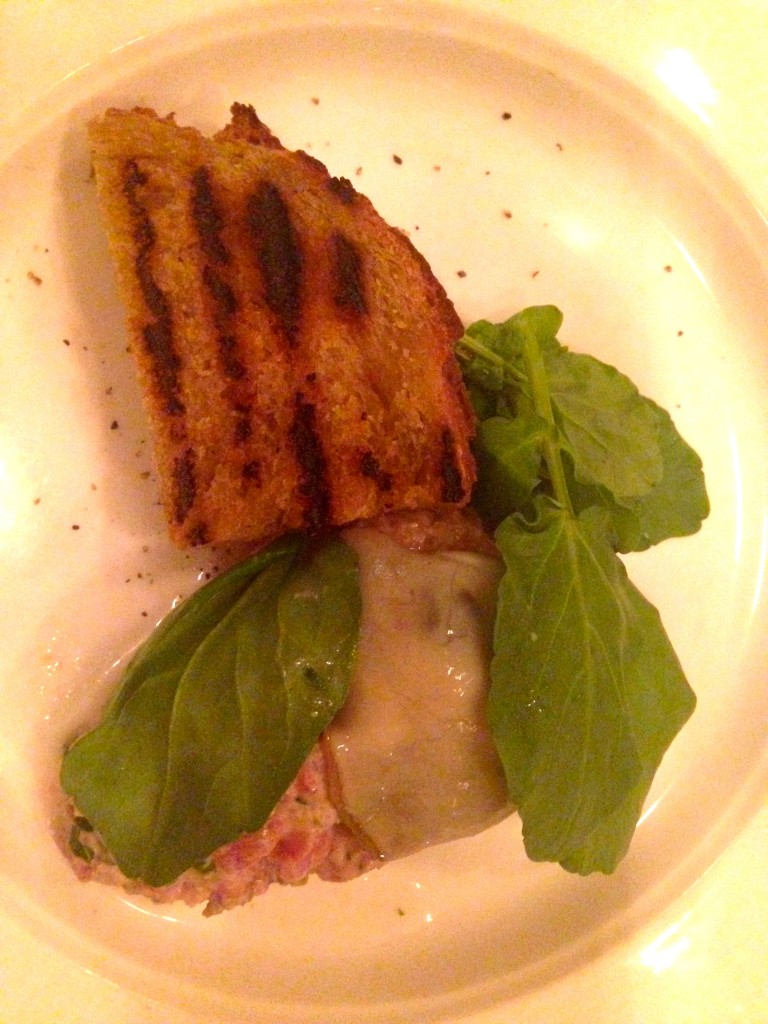 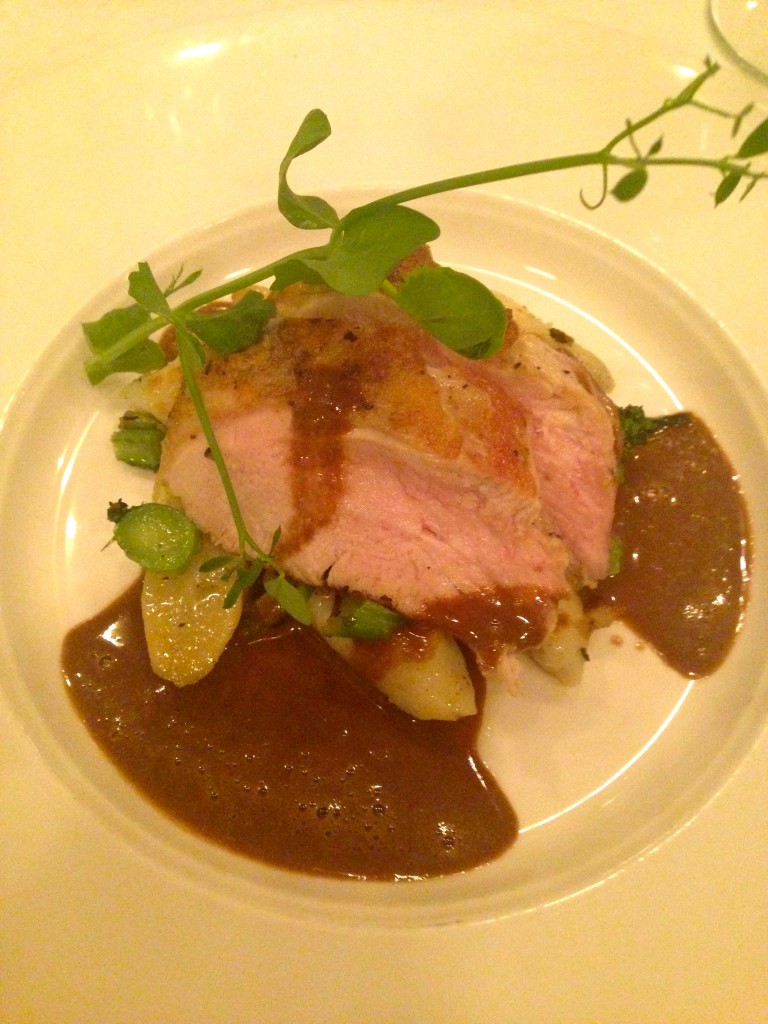 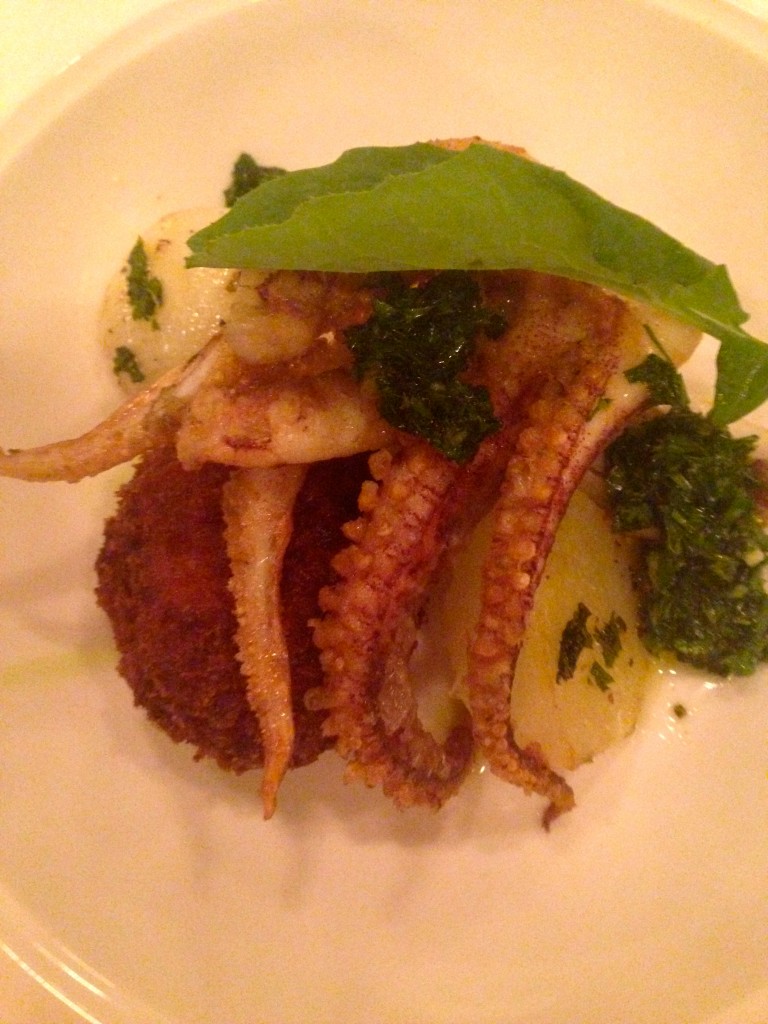 The entire vibe fits perfectly in the ‘new normal’ feeling that lives in Amsterdam. Keep things simple, authentic but of (very) good quality and well prepared. Nothing more, nothing less.

Do not expect fancy interior features, or hip, glamorous staff. You see the chef working in the kitchen; there is a counter desk with the fresh vegetables, vintage posters with a topless Marilyn Monroe and old light signs. A kitsch flower in a silly vase of each table, neon light and Formica 60 ties chairs. Yes!

To make your visit complete, there is a tiny hotel called ‘Sweet Dreams’ on the first floor of the restaurant. The 3 rooms have names like Herman & Tania (yes, named after writer Herman Brusselmans and his former wife Tania who slept there some time ago), Maarten and Bas (Dutch super designer Maarten Baas), Kiki en Joost (Kiki van Eijk en Joost van Bleiswijk, Dutch designers from Eindhoven) who were the first guests in Sweet Dreams. 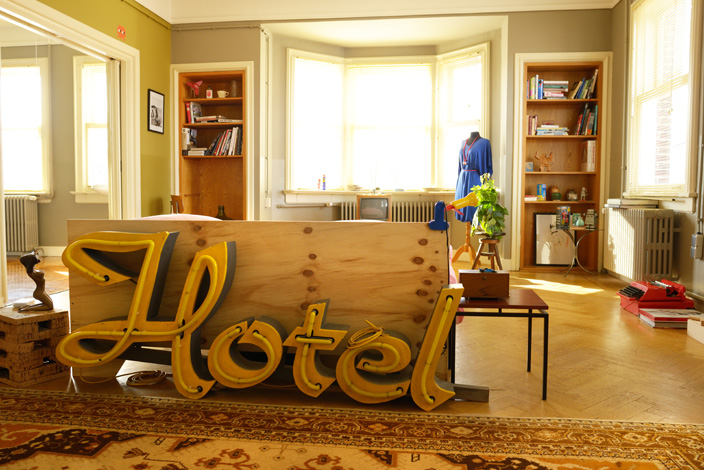 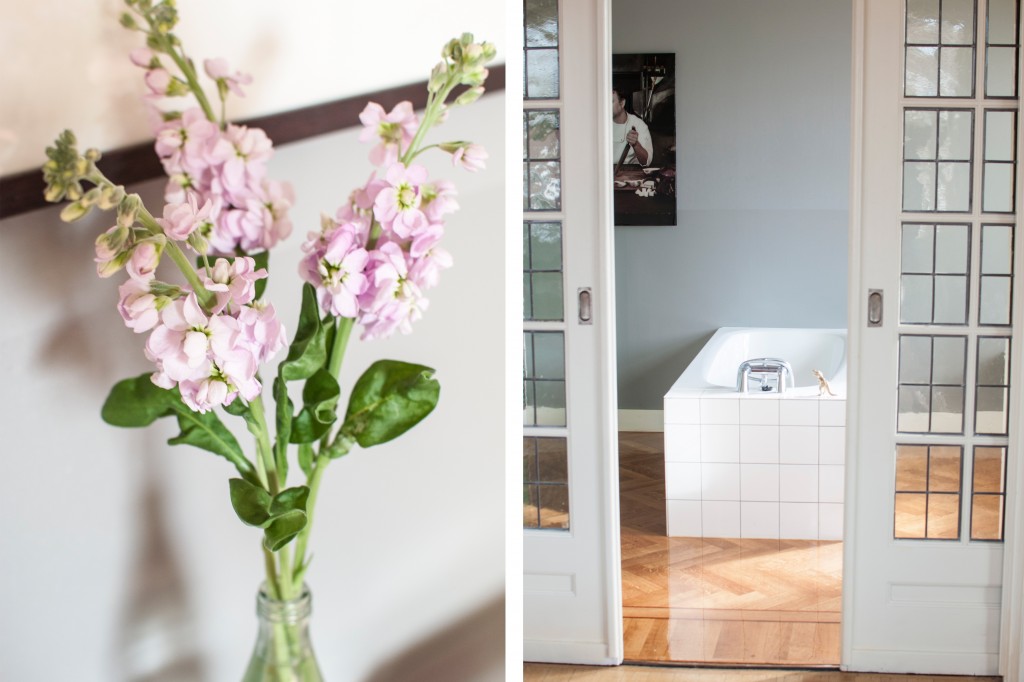 The Kiki & Joost, with spacious en suite bathroom, costs €95. (2 bikes and taxes included, breakfast not). The Herman & Tania with shower, bathtub and two bikes is at €120.

Let me know what your experience was at Café Modern, and check in later for some more Amsterdam addresses.