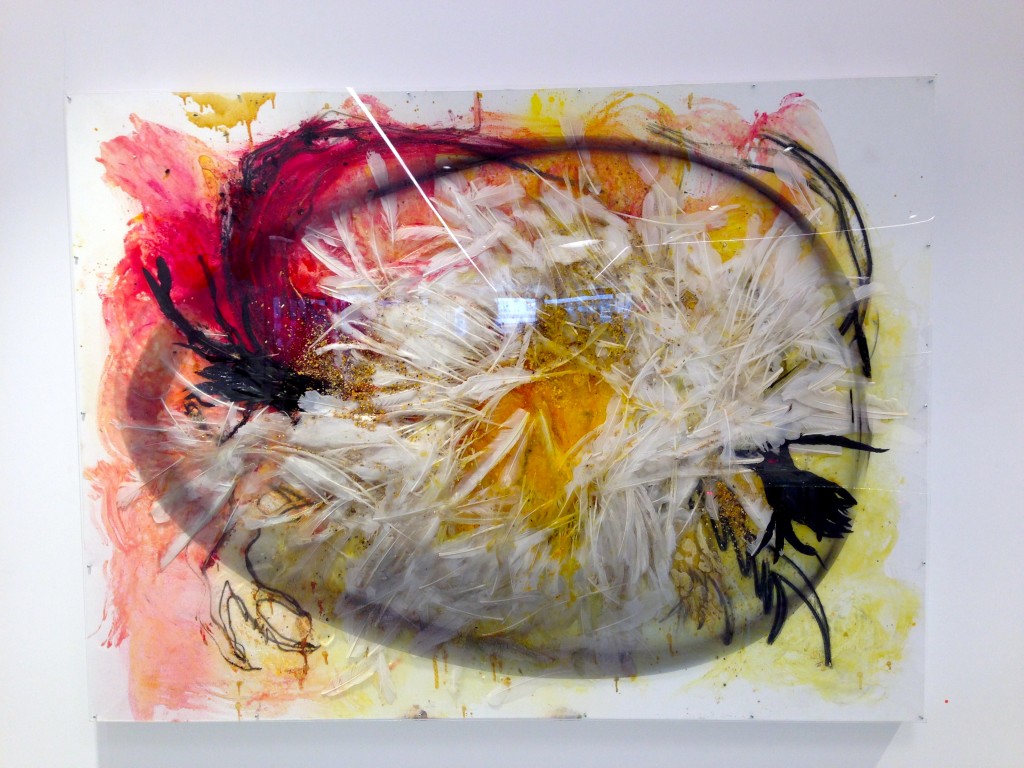 For years I love Koen Vanmechelen’s work. The first time I walked into one of his projects was at The Verbeke Foundation in Kemzeke.

This private open air museum was at that time the home and breeding place of his Cosmopolitan Chicken Project where Koen Vanmechelen launched his chicken crossbreeding project during the late nineties.

The Cosmopolitan Chicken Project, you may ask? Well, more specifically, Koen interbreeded domestic chickens from different countries aiming at the creation of a true cosmopolitan chicken as a symbol for global diversity.

Two weeks ago I got an invitation for a vernissage of Vanmechelen’s new work at Guy Pieters brand new gallery space in Knokke.

It was a great surprise to see that Koen was present. The venue was packed but we had the chance to talk with him. Intruiging man, most amiable, driven, passionate and really into people. 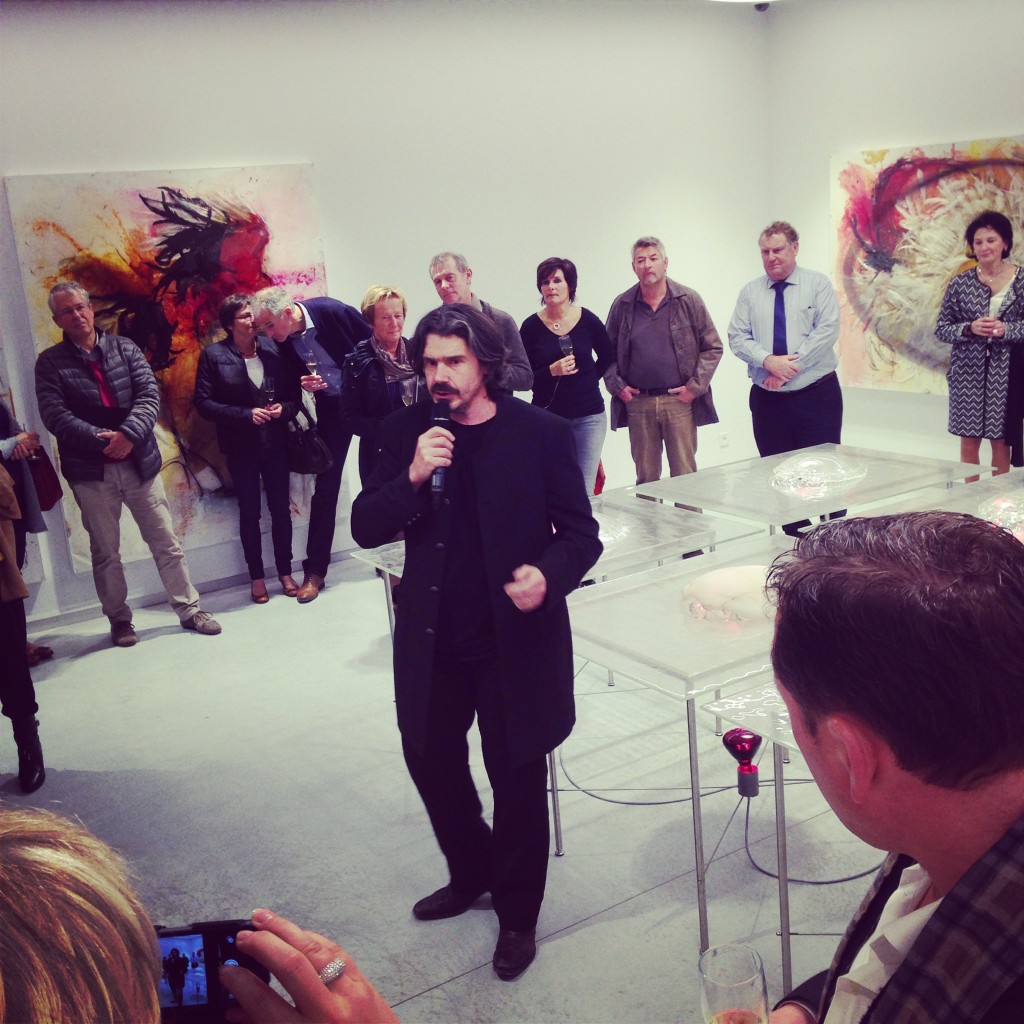 Off course, as always on these kind of drinks, it’s more ‘people watching’, the art work itself is hardly visible anymore….

We returned the day after, as expected, in an early morning ‘empty’ gallery, to check all the works out, especially the ones we missed due to a too crowded vernissage. (I love an empty gallery space, totally white, the peace and quiet. It’s you and the work, wonderful.) 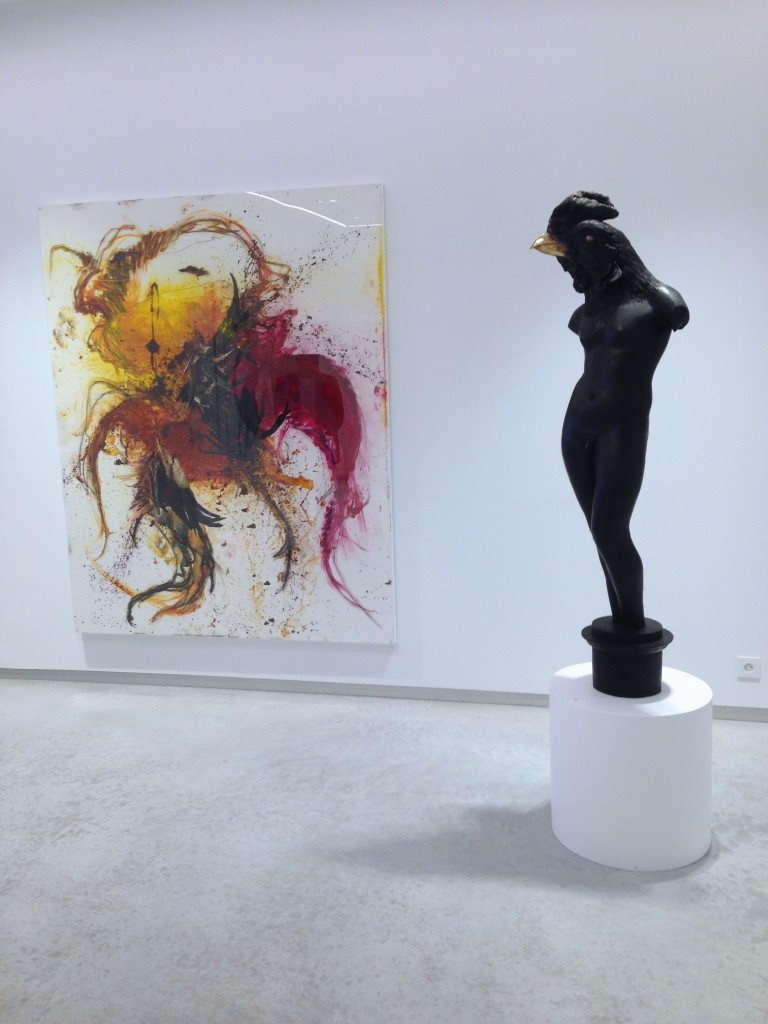 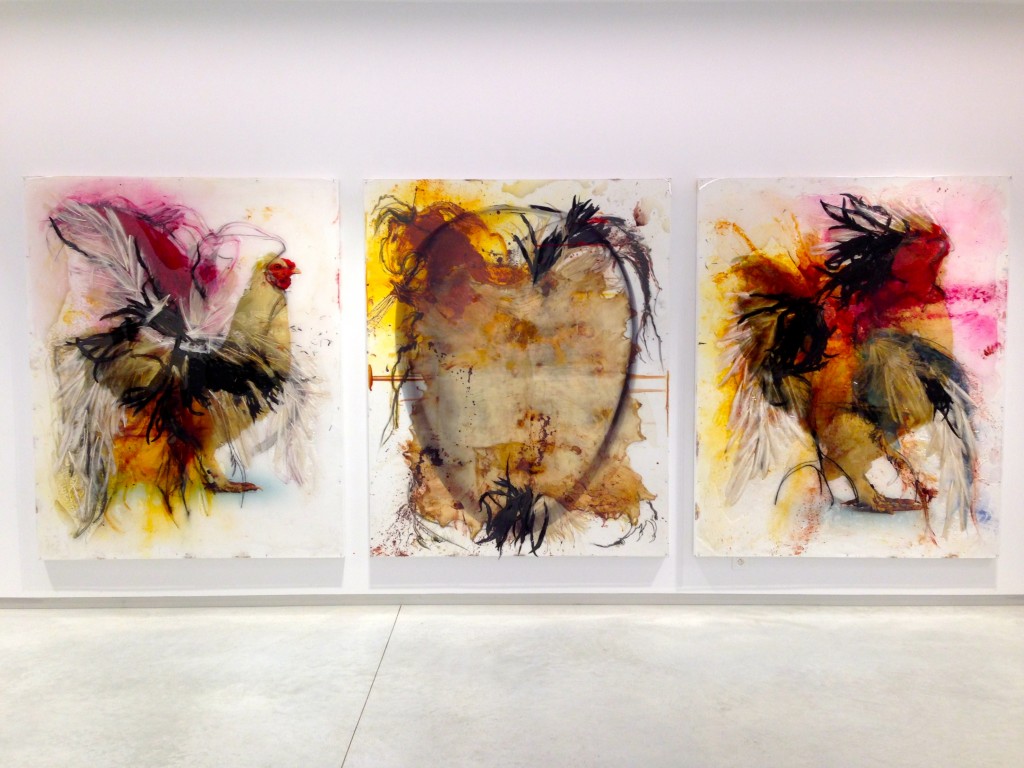 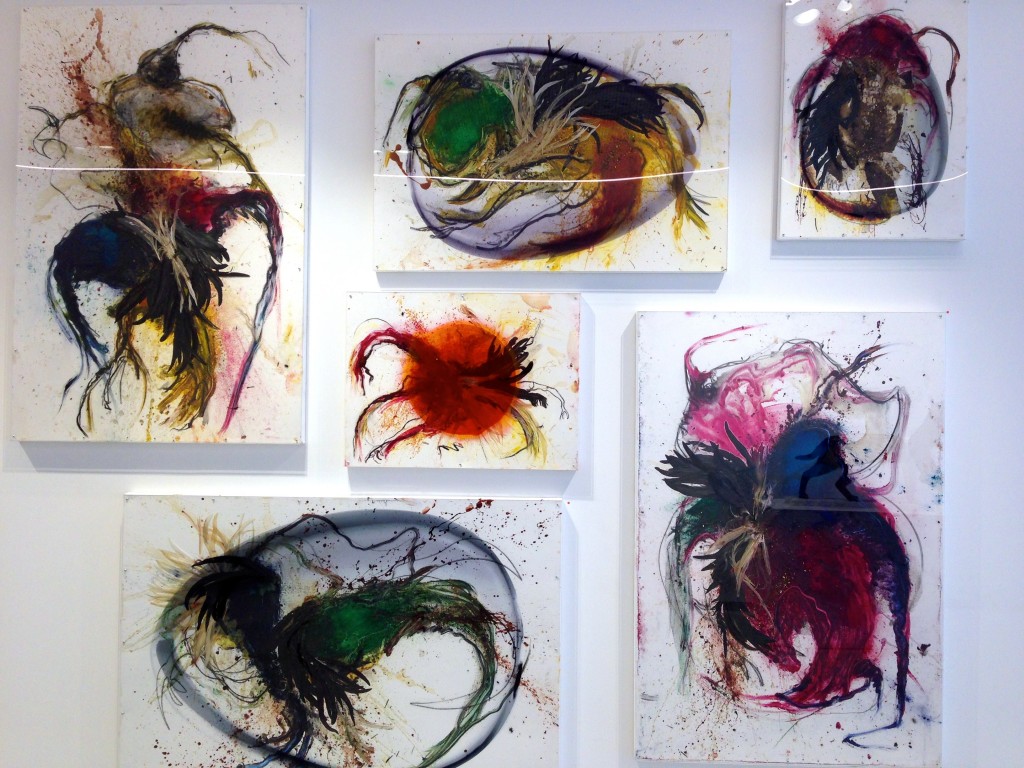 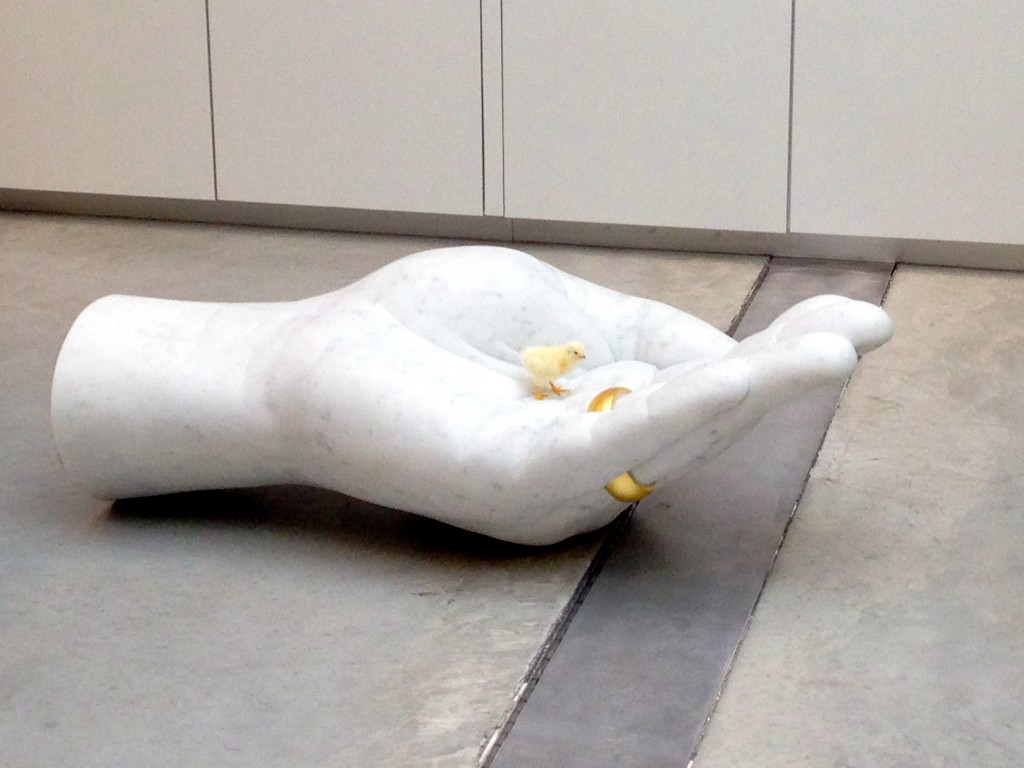 See for yourself what Vanmechelen presented. Not the live chickens of some years ago, not the work we nearly bought at an auction in May ( painting plus matching Murano crystal chicken L) but a parade of all kinds of species like vultures, owls, iguanas, turtles, eagles, llamas, ostriches, and emus. Not in their original shape, but blended into each other, mix- breeded with marble, locked in giant eggs, or merged with man. I look at it like experiments without boundaries. 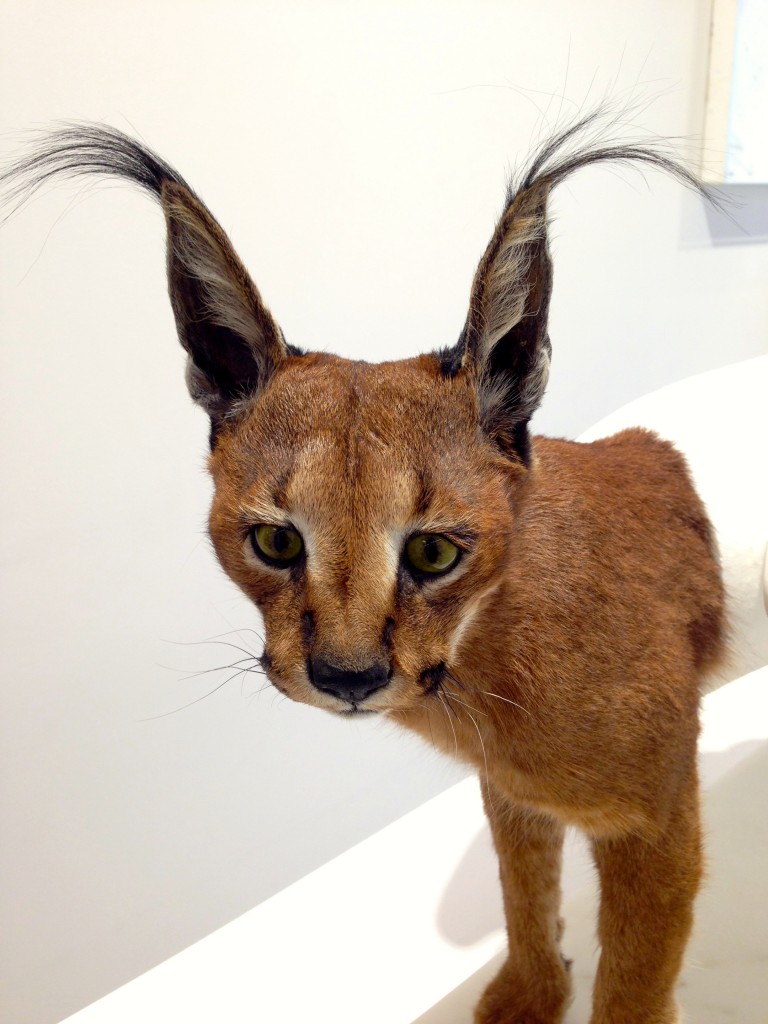 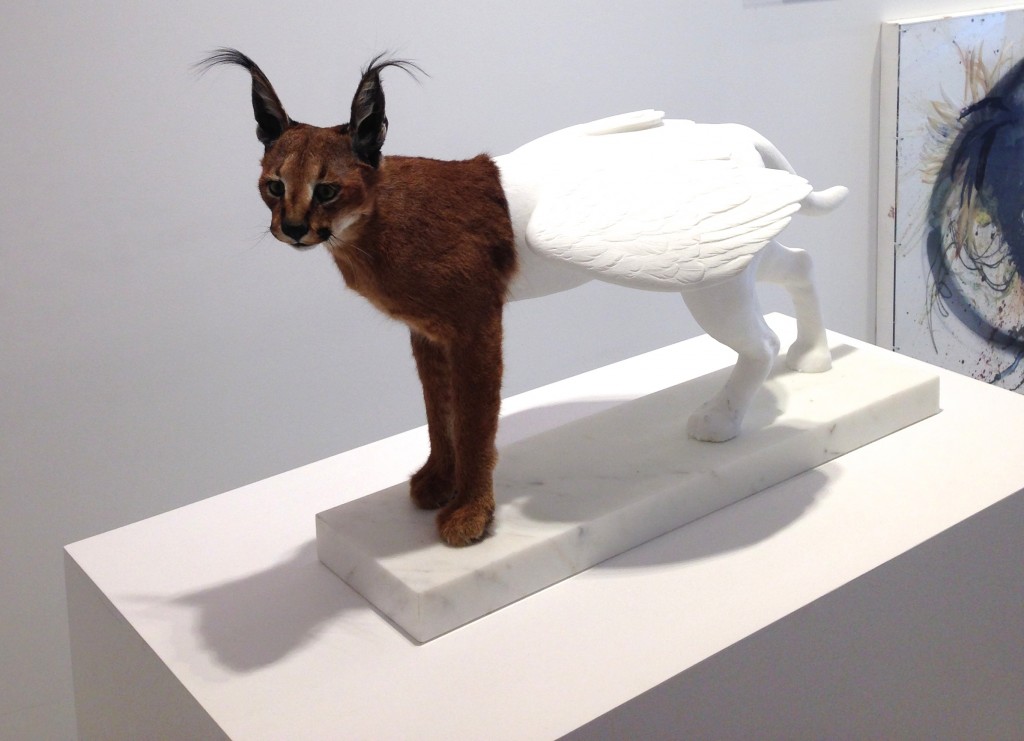 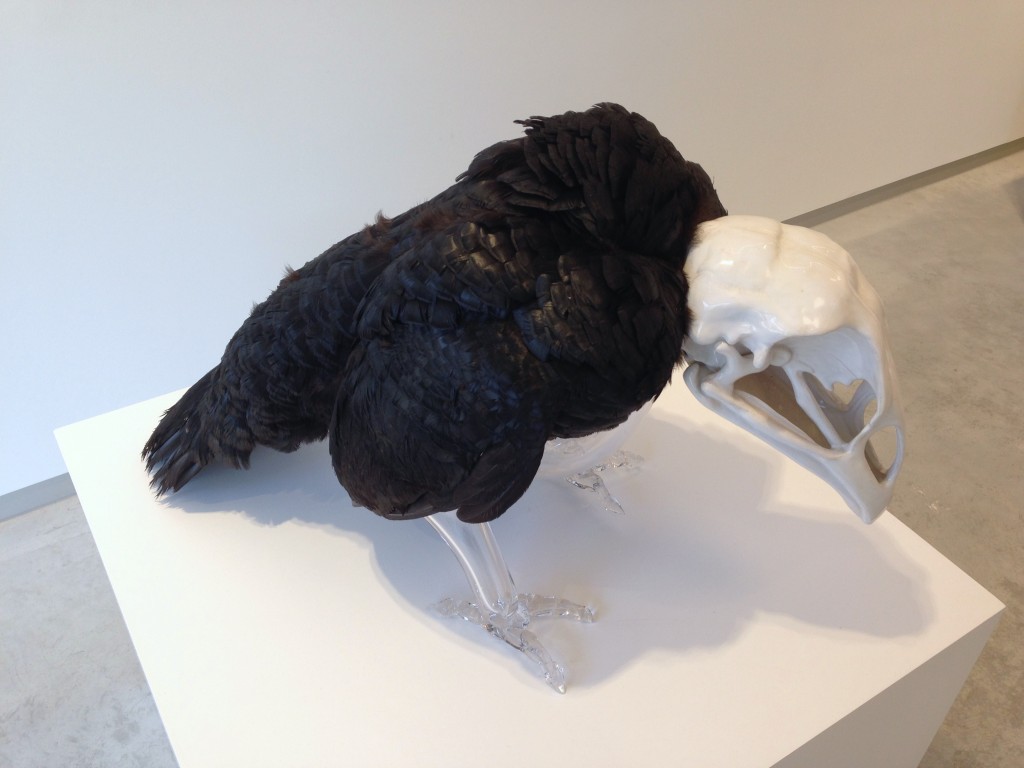 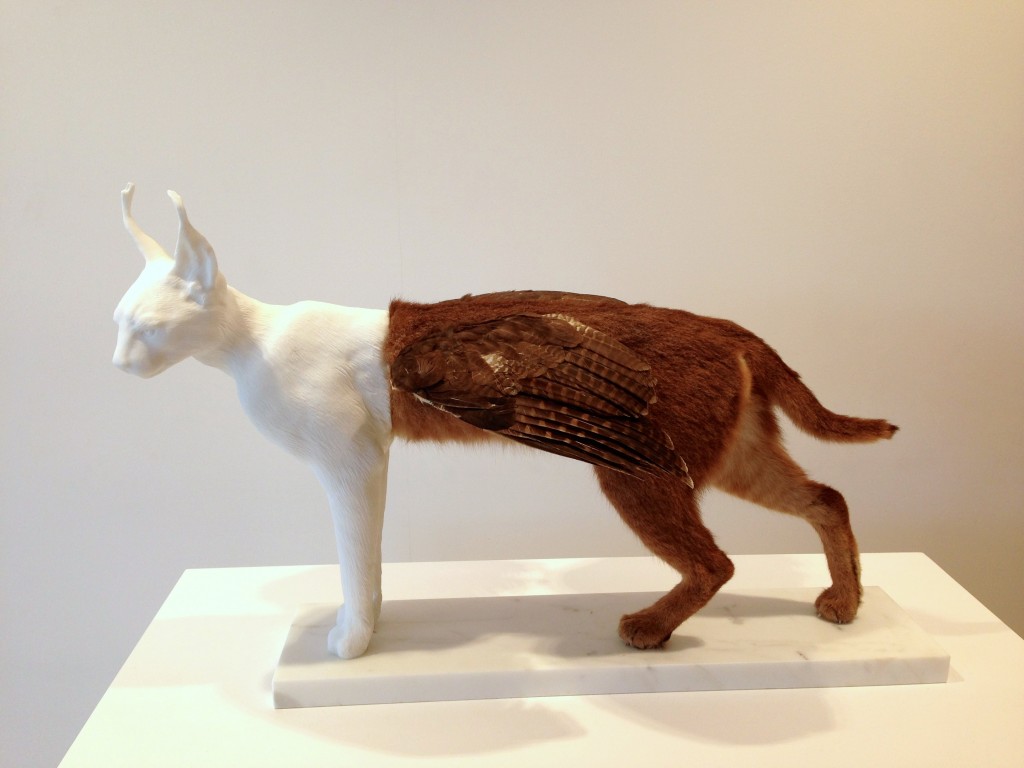 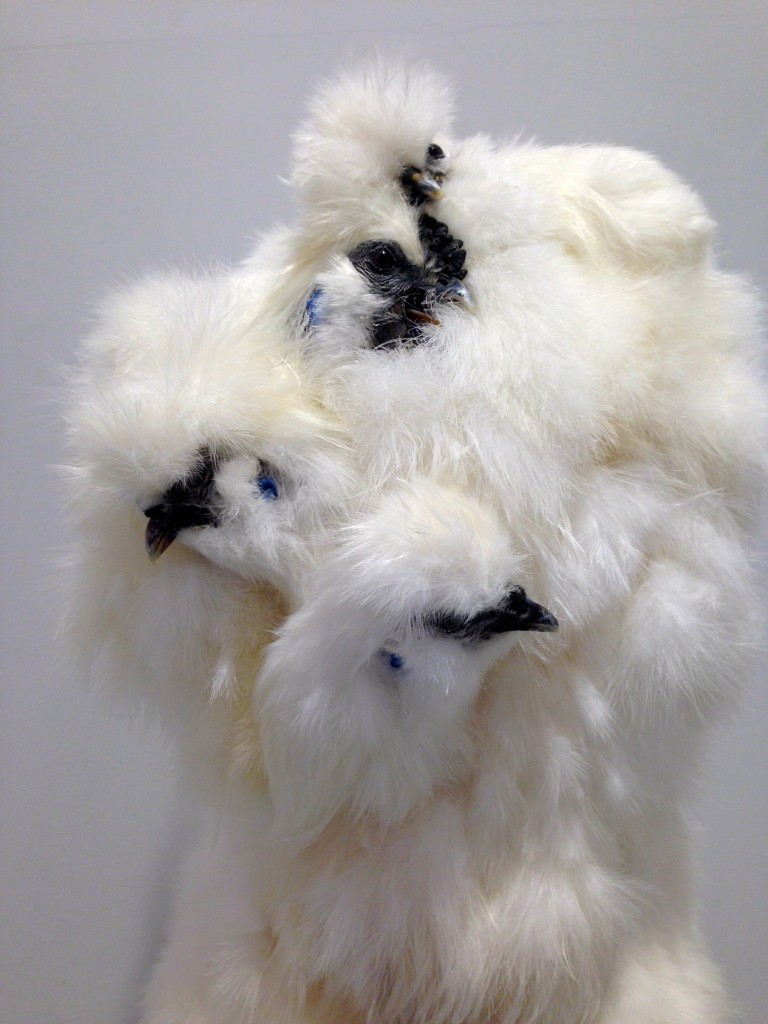 Every organism needs another organism to survive. One species leads to the next. Certain species co-evolve with others, like man and chicken; and each has formed the other. Some are species that are linked to mankind through other species. Like the llama, which, through the chicken, can play a prominent medical role in the future of man.

We found multimedia installations that find their inspiration in the melting pot that is our world. Animals, preserved, translated into marble and reflected in glass. Larger-than-life bronze chicken legs that refer to prehistoric creatures, expressive paintings hatched from an egg. A cross between materials and identities, but with a clear storyline, its essence biocultural diversity, Vanmechelen’s signature. 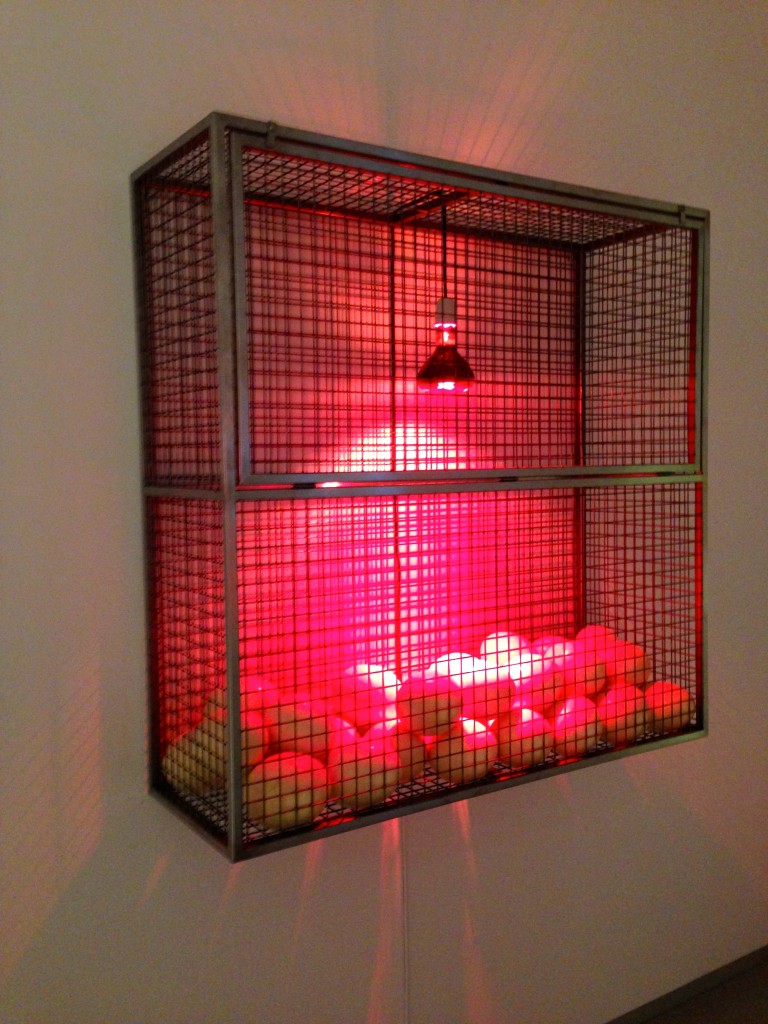 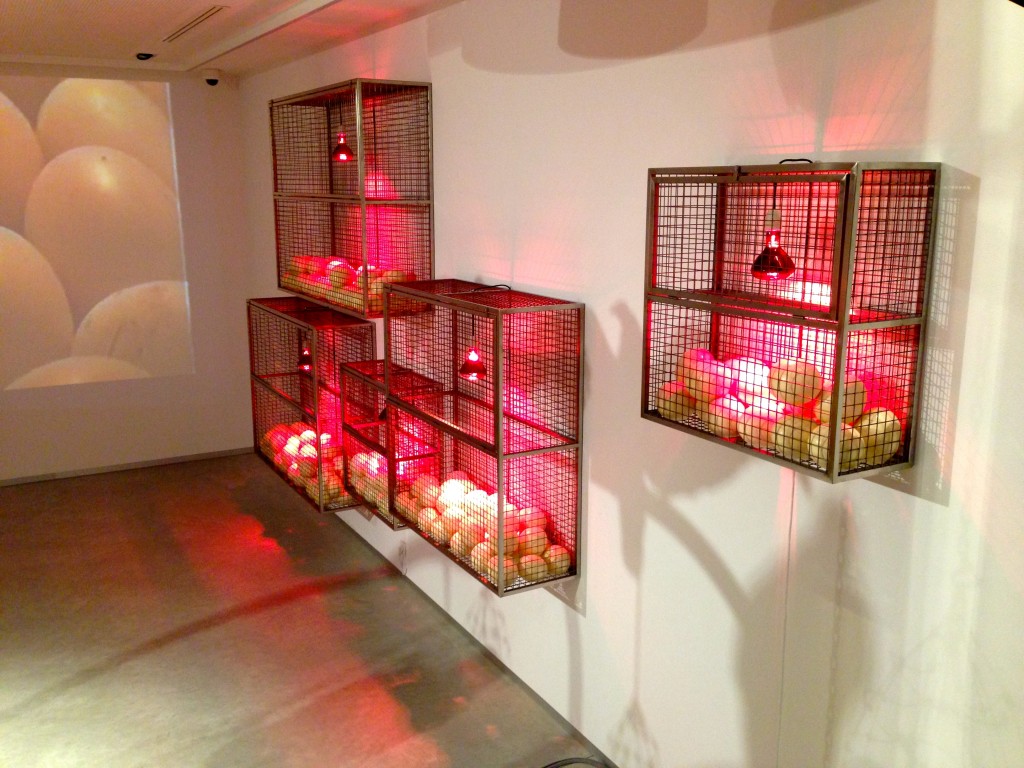 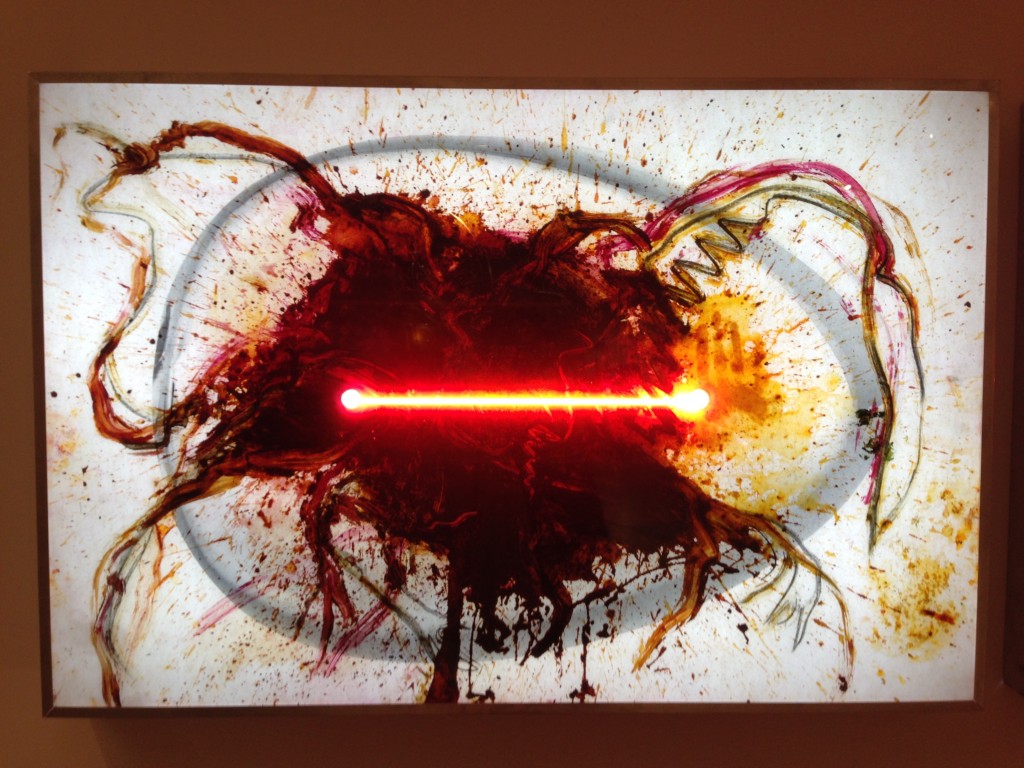 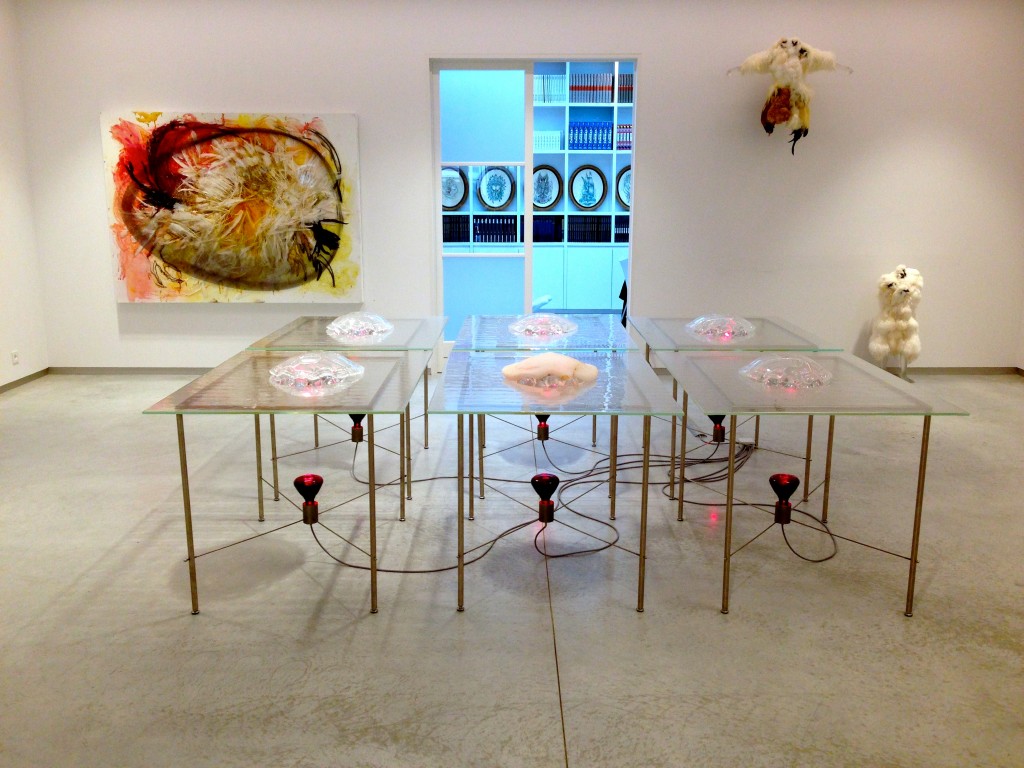 Koen’s many cooperative partnerships with university institutions worldwide have proven that art and science are two branches of the same tree. Together, they expand the horizon of our perception and reveal the Wunderkammer of the multiverse.

That’s what I find a fascinating vision, and the way to go to better understand the world and it’s mysteries.

In my trend work, the blending or cross fertilization between art and science is one of the strongest ones, in which I believe near future wise. Just like the mutual influence science has on design, on fashion and on technology. 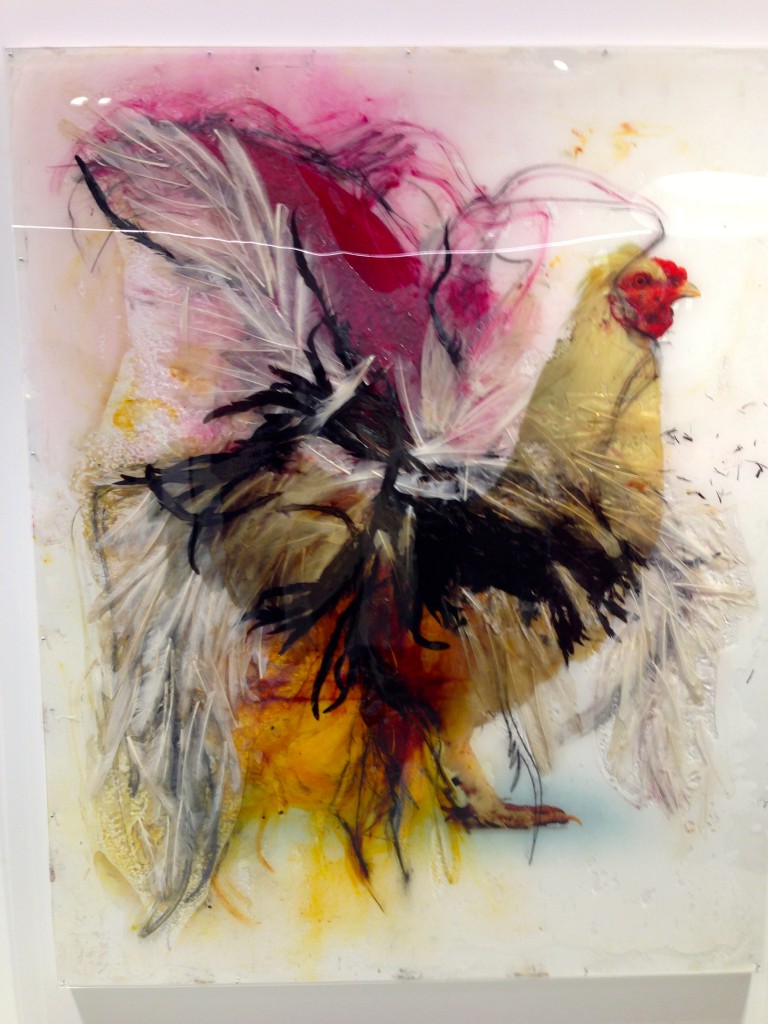 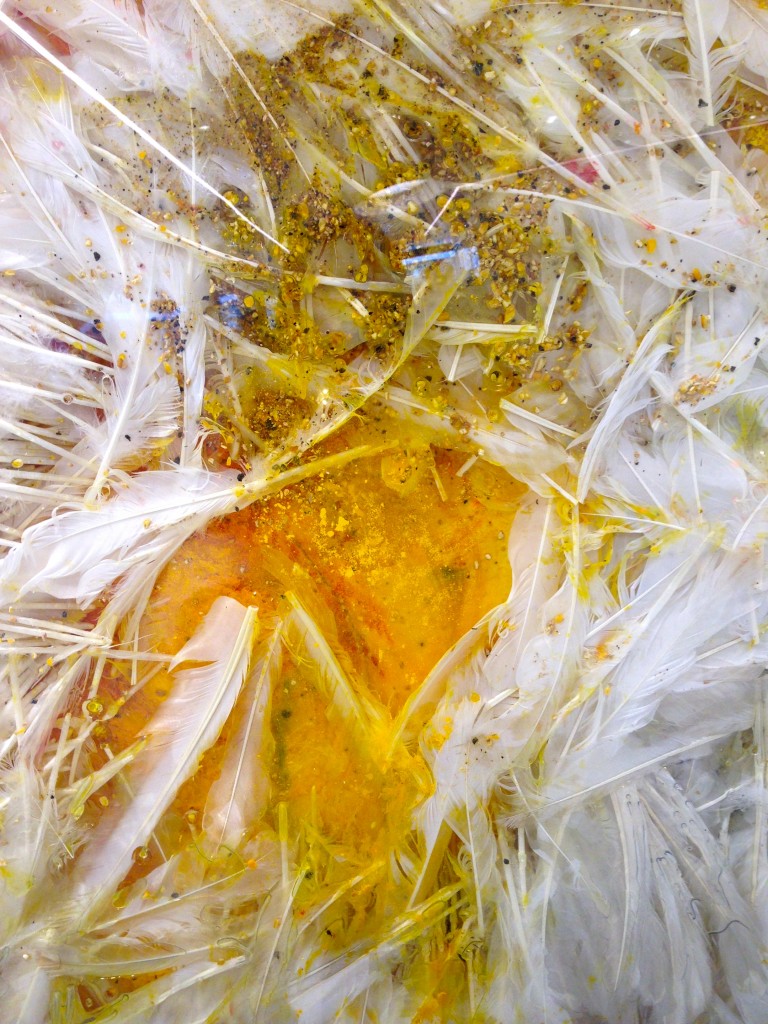 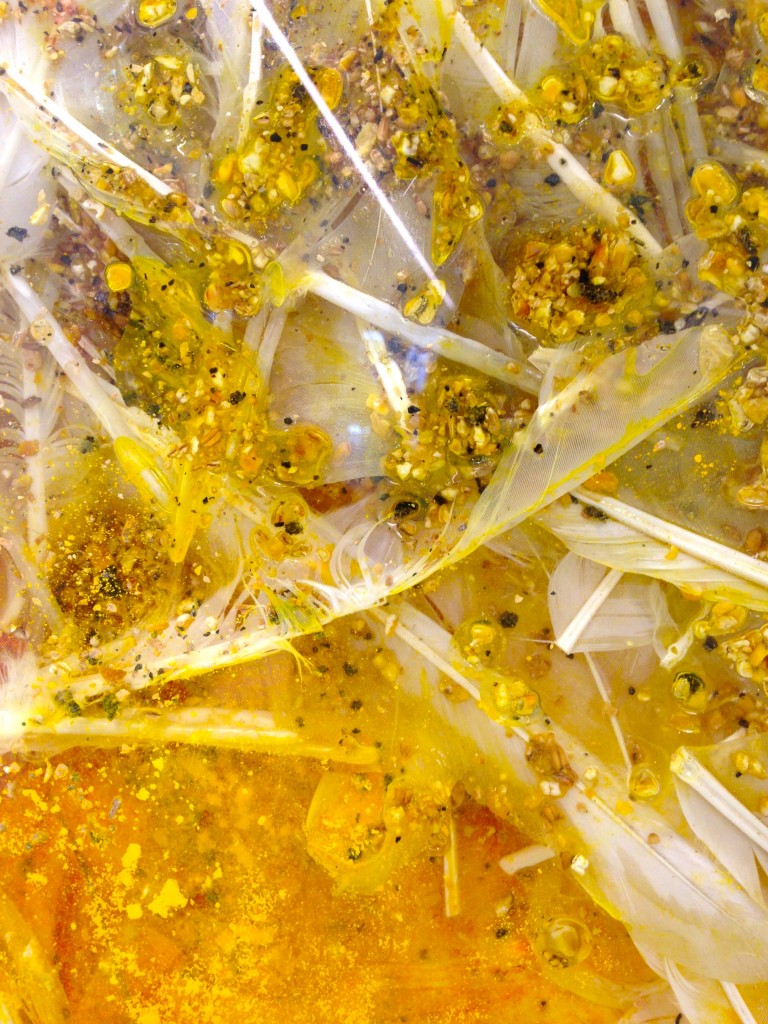 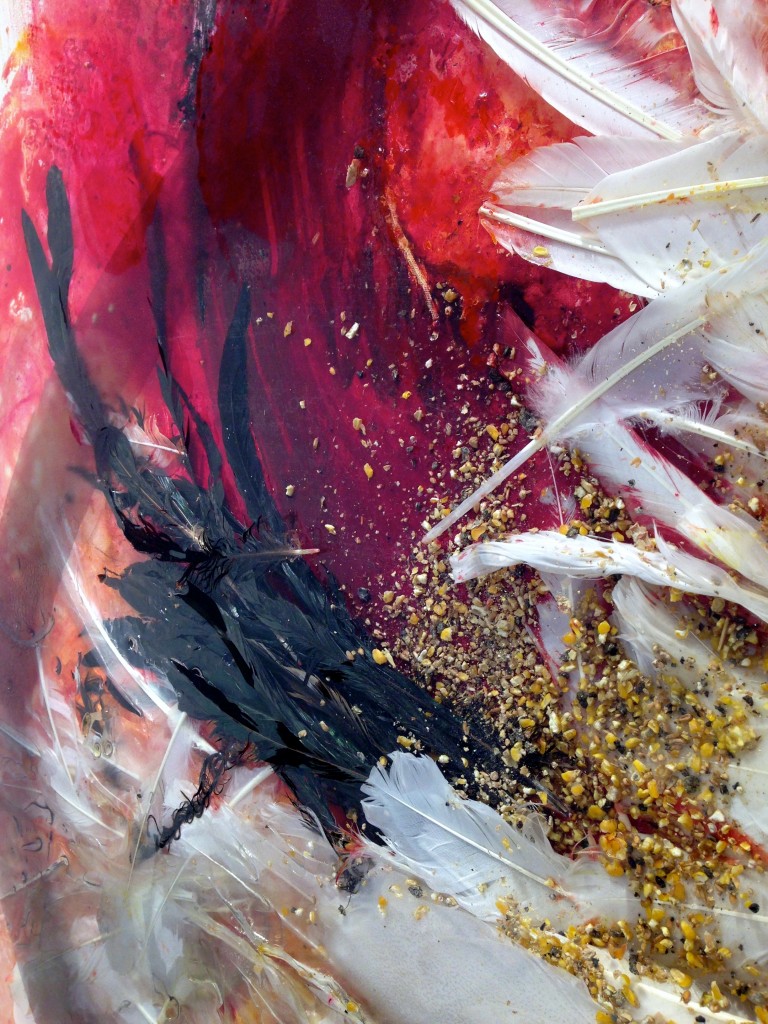 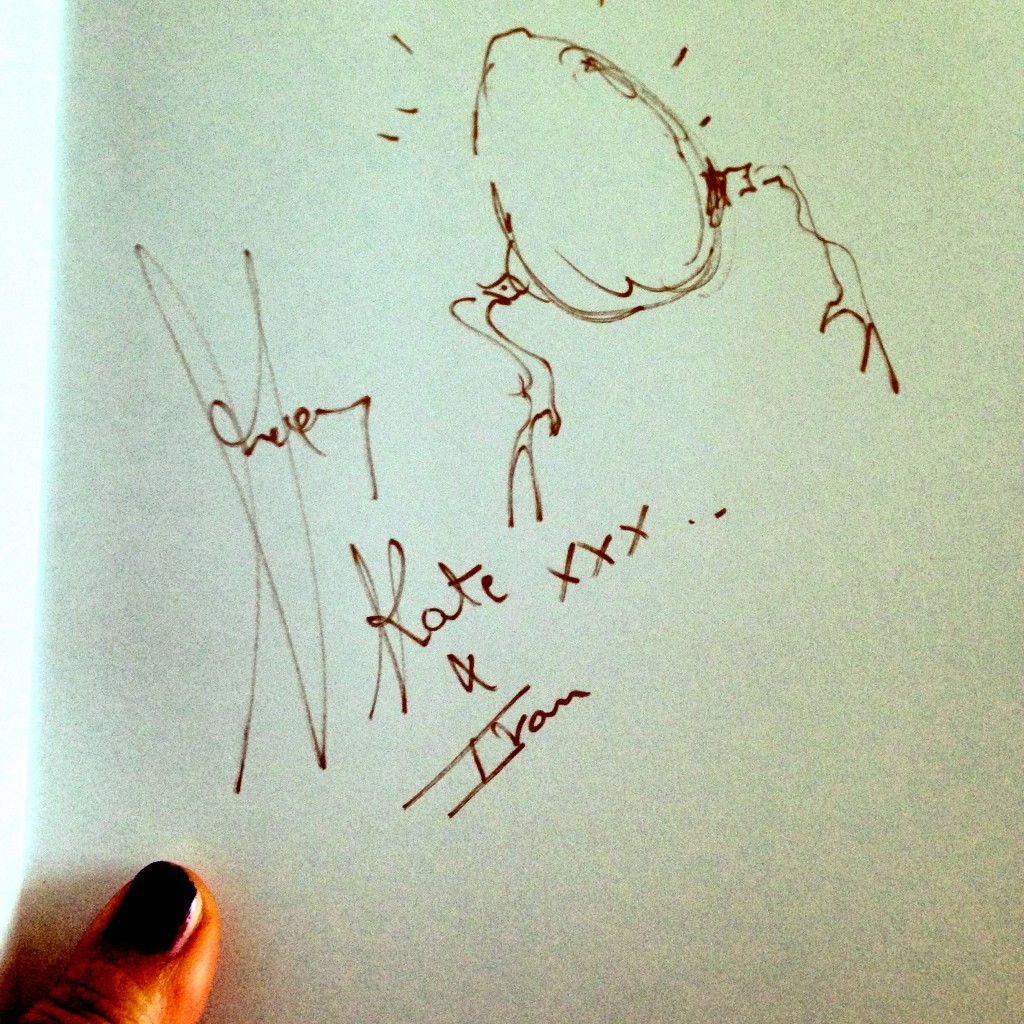 The Signature collection of Koen Vanmechelen is presented in a brand new gallery space of Guy Pieter’s in Knokke.