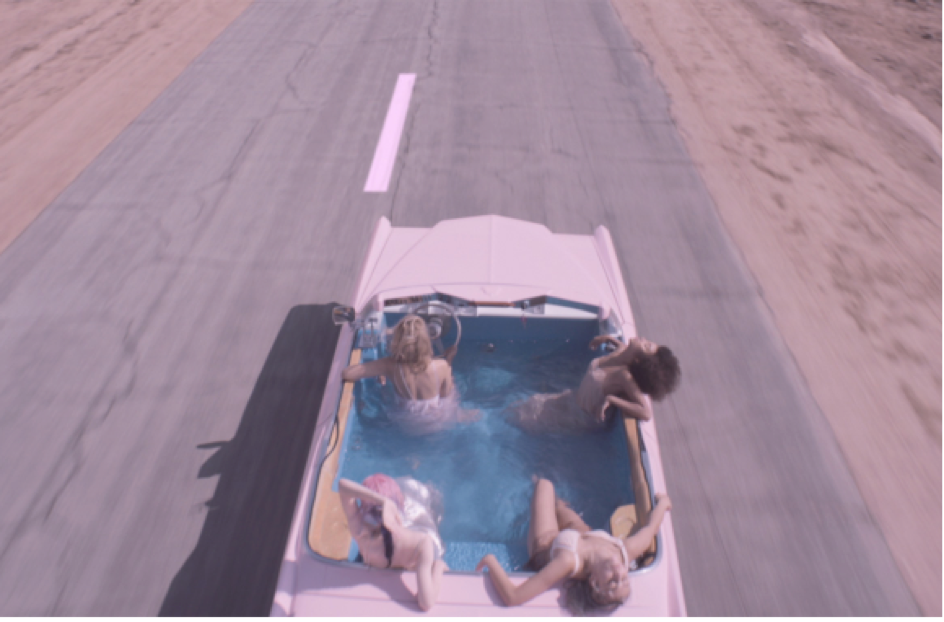 A new concept for a new upcoming target group: POP by Stella McCartney is the scent for the new generation of Stella girls; independent but strengthened by their togetherness. It is an adventure, a spirit. It is about capturing the moment when you find yourself and come into your own. The story continues in the campaign film shot by Melina Matsoukas. Indie pop musician Grimes, Lola Leon (the daughter of Madonna), black rights activist and Hunger Games actress Amandla Stenberg and animal rights focused model Kenya Kinski-Jones trail blaze on a journey of discovery in the California dessert.

POP by Stella McCartney is for a new group of girl power with a ‘let’s do this’ attitude, rooted in authenticity, friendship and individuality. Promoting self-acceptance and positive mutual support, the campaign offers a refreshing alternative to the occasionally divisive atmosphere of body shaming and the unfiltered opinion-sharing that currently exists on social media.

According to McCartney, each one arrived on set with her own distinctive beauty signature, from Grimes’s Rainbow Brite dye job and Stenberg’s cloud of curls to Leon’s extended-tip French manicure and Kinski-Jones’s all-over golden glow—visual trademarks that McCartney happily incorporated into their on-set looks, along with the wardrobe selections she had designed specifically for the shoot.

“I go through this struggle myself, [where] women’s bodies have been made so public that everyone feels like they need to comment,” says Lola Leon, one of the girls of the campaign. Of the Pop campaign’s be-true-to-yourself message of creativity and individuality, she says simply, “I love when someone doesn’t pretend to be someone they are not. It’s a liberation from a one-size-fits-all mould.”

Off course, it stays perfume advertising, where beautiful girls are casted, are the daughter of Madonna and still are not your average ‘girl-next-door’n but hey, we come from far…Maybe just be happy with every small step taken in the direction of total acceptance of individual personalities. At least we’re far from the boy meets girl romance kind of ad we usually get.

On top of this girl power message, the fragrance itself  is made with sustainable process of bio-mimicry to reduce the amount of flowers used in the formula, protecting the endangered sandelwood tree, while still producing a vibrant fragrance. Stella has always been one that made her ecological statements true not only to get some attention but year after year. Trying to make a difference for this planet, while running a million dollar business, il faut le faire…