It becomes a habit: checking out an exhibition on it’s closing day.(Remember Damien Hirst in London and Basqiat in Paris)
This one, again, we couldn’t miss. From 18 November 2012 till 17 February 2013 (that’s today!), the Brussels Bourse hosted the landmark Terracotta Army exhibition : a reconstitution of the terracotta army of the first Emperor of China  Qin Shi Huang.
Qin Shi Huang who became emperor at the age of 13 lost all track with reality and obsessed as he was by immortality, he ordered the built of a ‘dead city’ with an enormous army to join him when he died.
This TERRACOTTA ARMY was the last great archaeological discovery of the 20th century after that of the tomb of Tutankhamun.
The first pieces were found by Chinese farmers in 1974 and this spectacular 8000 terracotta statue army was declared a UNESCO World Heritage Site in 1987. 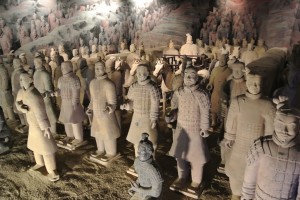 Over an area of 800 m², reconstructed to the original scale, we could see more than 150 warrior statues, horses and chariots and a look into the pit in which they were found.
Great to see is the expressions on the faces of this army: all different, full of emotions and detailed as they were real.

The enormous size of the archaeological site in which the mausoleum is buried, can never be as impressive as in real life but this exhibition tries to give an impression. And that’s good.

The entire exhibit is interesting but the fact that all are replica’s spoils a bit the fun.
The biggest merit of the expo is that you get fascinated by the story behind this fabulous archaeological site, and that you want to see it for yourself.
So, see it as a warming up, a good taste before the real dish. 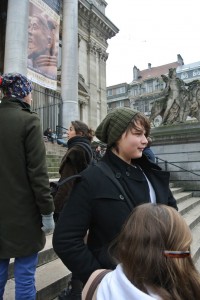 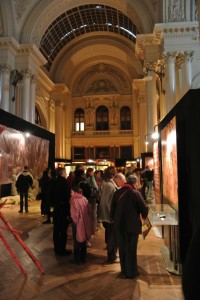 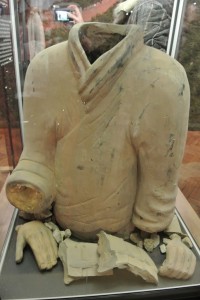 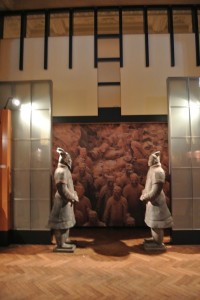 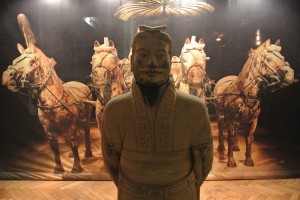 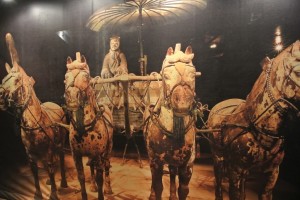 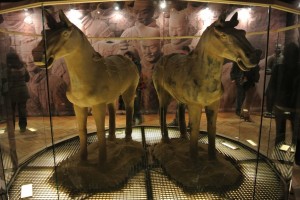 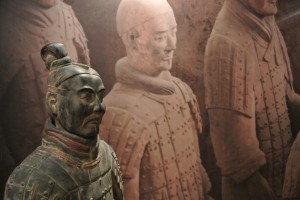 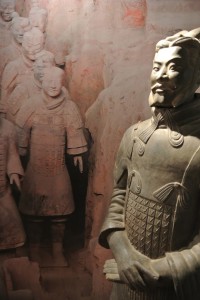 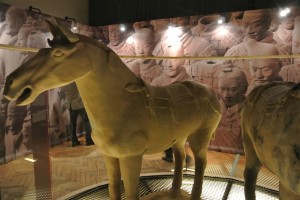 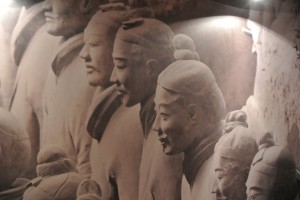 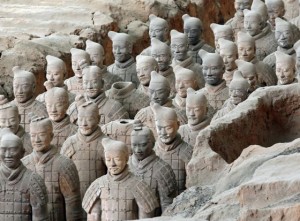