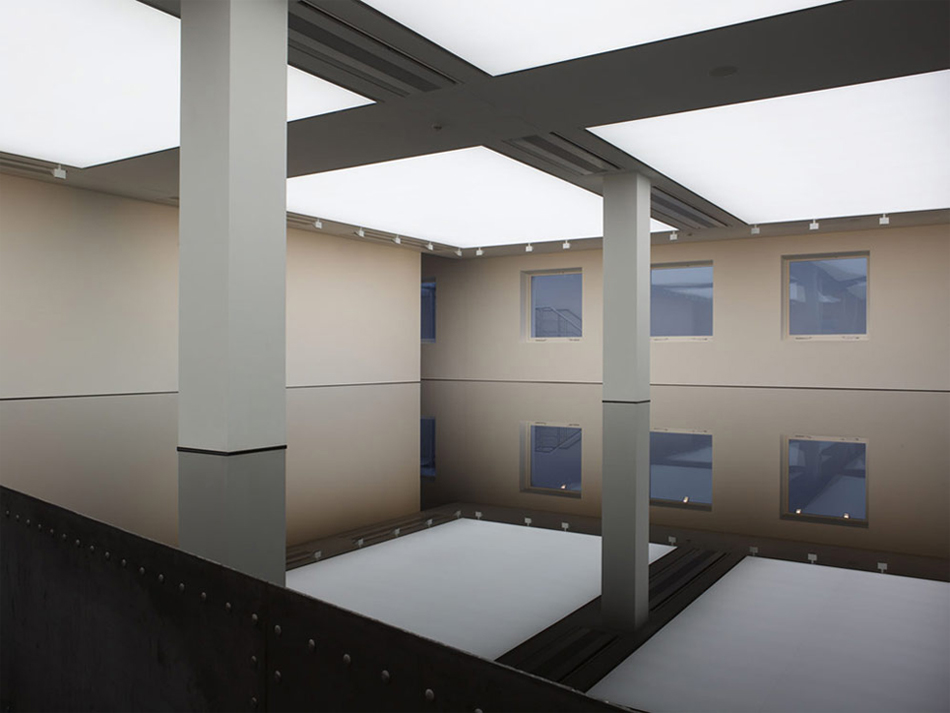 Oh yes, I knew the installation all ready for years. I saw it in books catalogues and even on the camera of my man when he visited the Saatchi Gallery some time ago.

I never saw the masterpiece in real life.

So when I had to be in London for a trend seminar, I had some time left so I ended up in a cab direction Saatchi Gallery. I did not realize this work was a permanent installation, so when I wandered around in the spacious gallery, I found myself suddenly in the basement. I smelled it straight way. I knew it immediately: the fab work of Richard Wilson was right in front of me.

It IS as stunning as I imagined. The blackest black unfolds in front of you. The quietness and calm of the oil lake, poured out in the basement is remarkable. No wrinkle, no sound, no movement, just a sacral presence of black oil, so perfect.

The mirror effect from the surrounding walls and ceiling is magnificent, doubles the size of the room and adds to the mystery.The installation contains 8,000 liters of sump oil 20:50, from which the work takes its name.

A walkway invites visitors directly through the tank, to be surrounded by the reflective plane of oil but unfortunately this pass way is closed for the public. A shame, but understandable. Careless people are advised not to bend over to far, admirering the shiny surface, in order not to drop their smart phone or sunglasses in the oil.  Also understandable.

Created over 20 years ago, this spectacular waist-high reservoir of recycled sump oil, one of Britart’s most iconic installations, was bought by collector Charles Saatchi and has been exhibited at his various galleries in London – first at Boundary Road in St John’s Wood, then at County Hall beside the Thames. The installation called 20:50 was first created in 1987 and is shown as a permanent installation at the Saatchi Gallery in Chelsea.

Good to know is that Richard Wilson is one of Britain’s most celebrated sculptors. He is known for his interventions in architectural space, which draw heavily for their inspiration from the worlds of engineering and construction and are characterized by concerns with size and structural daring. 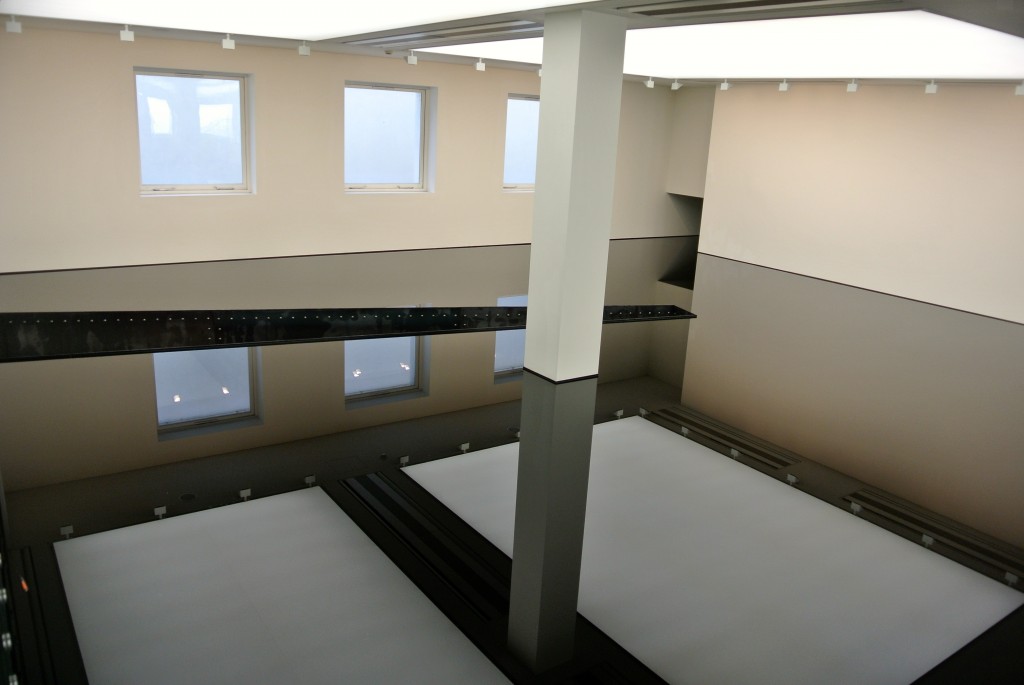 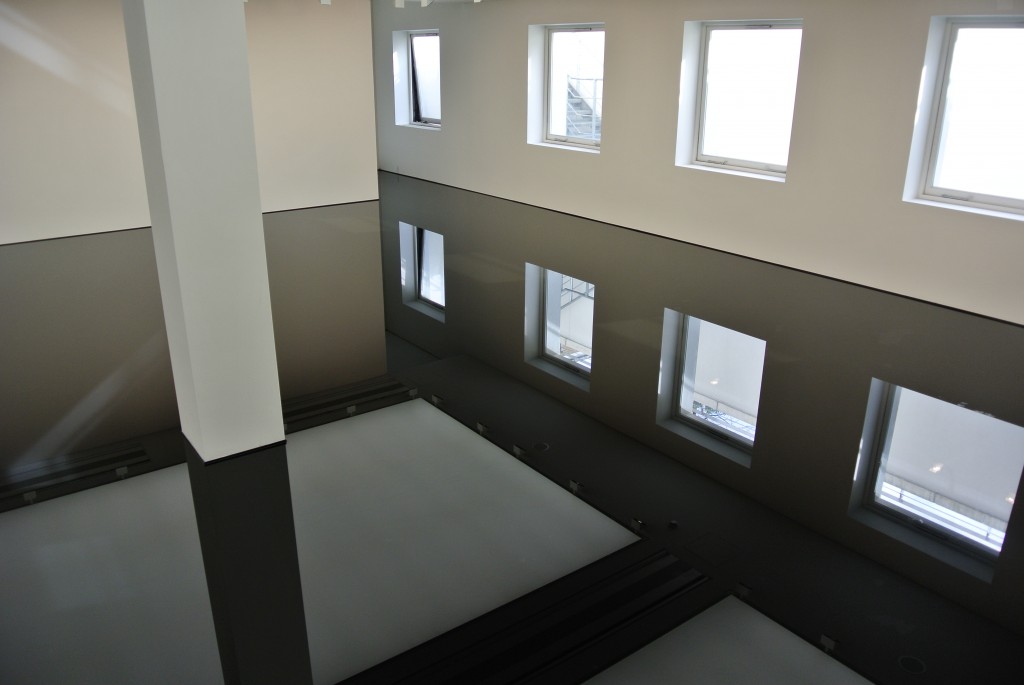 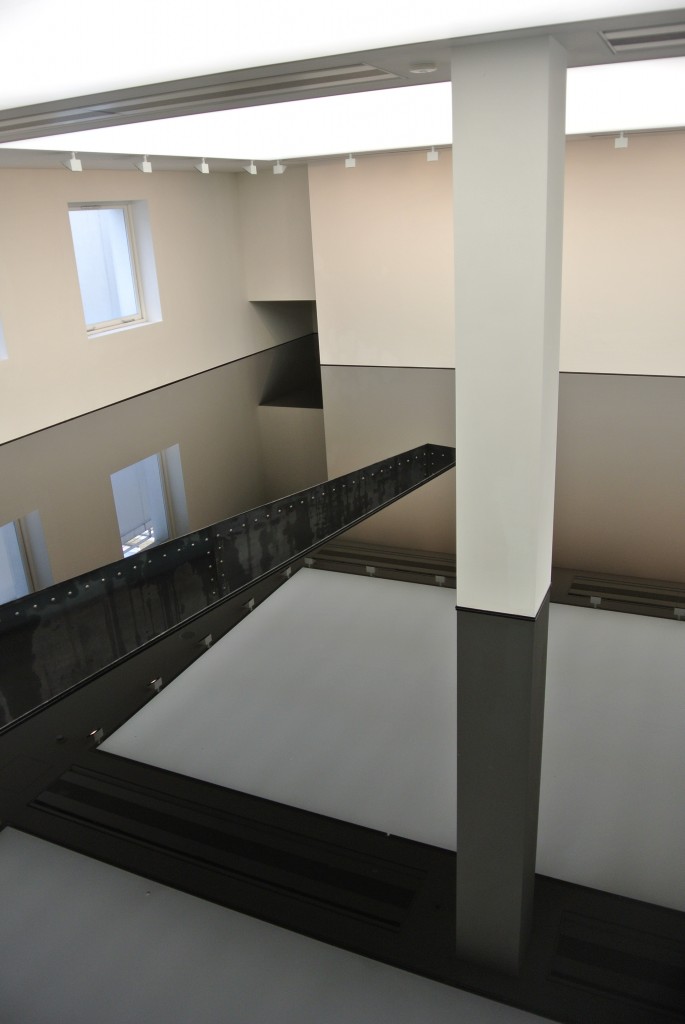 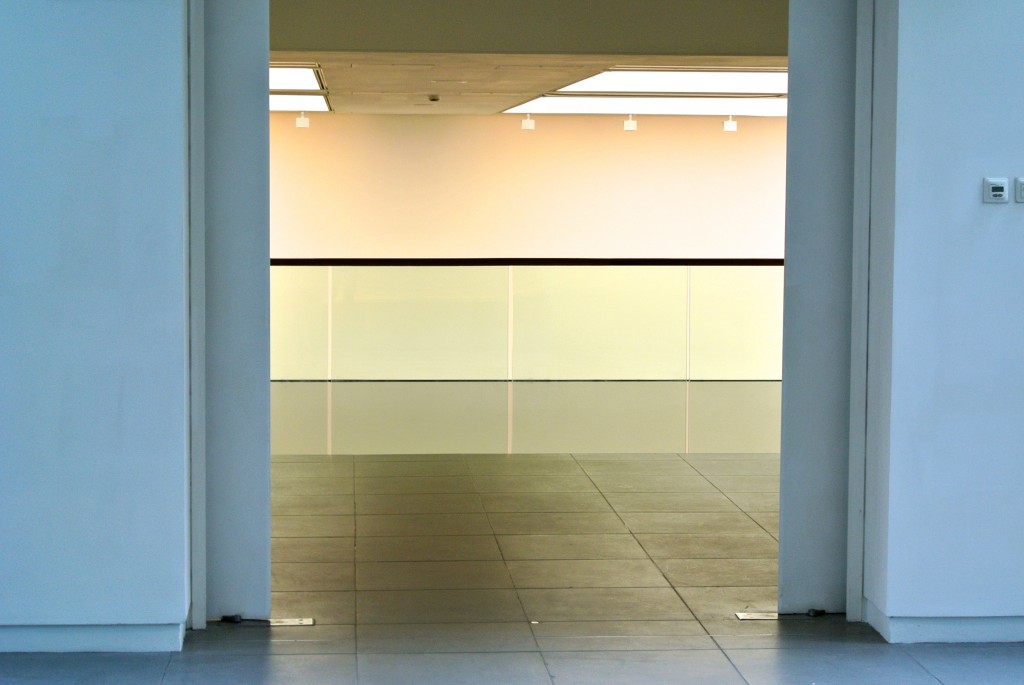 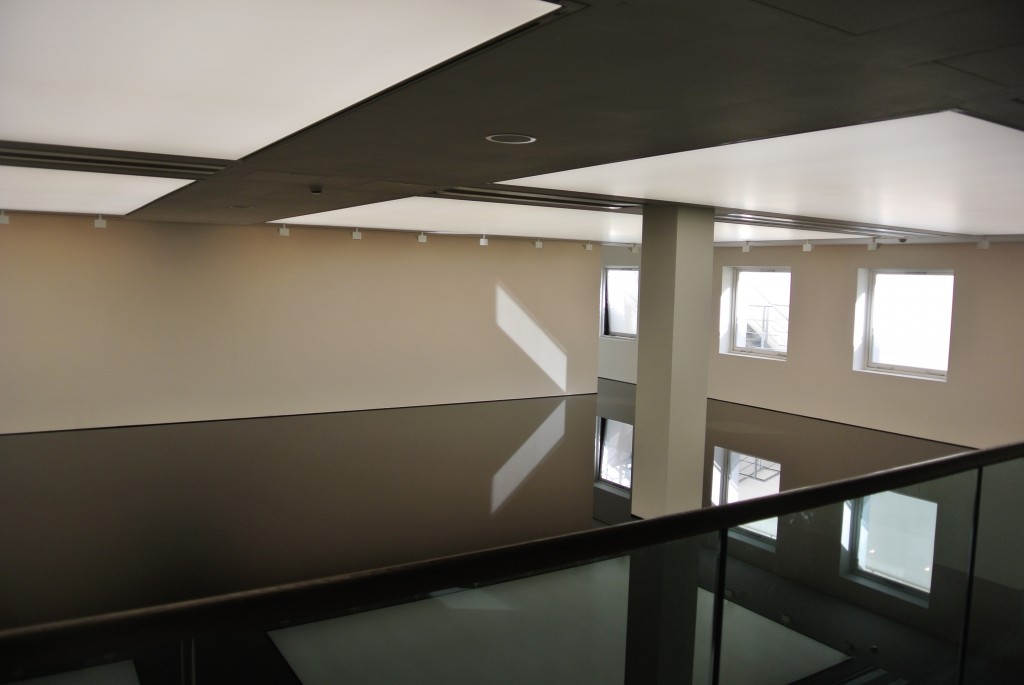 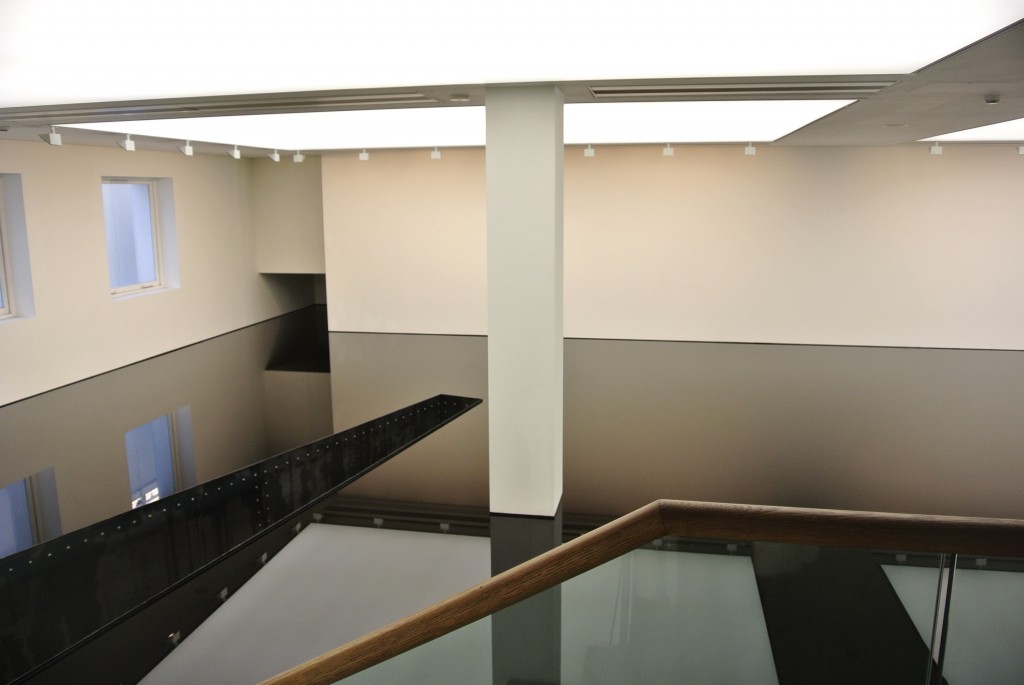 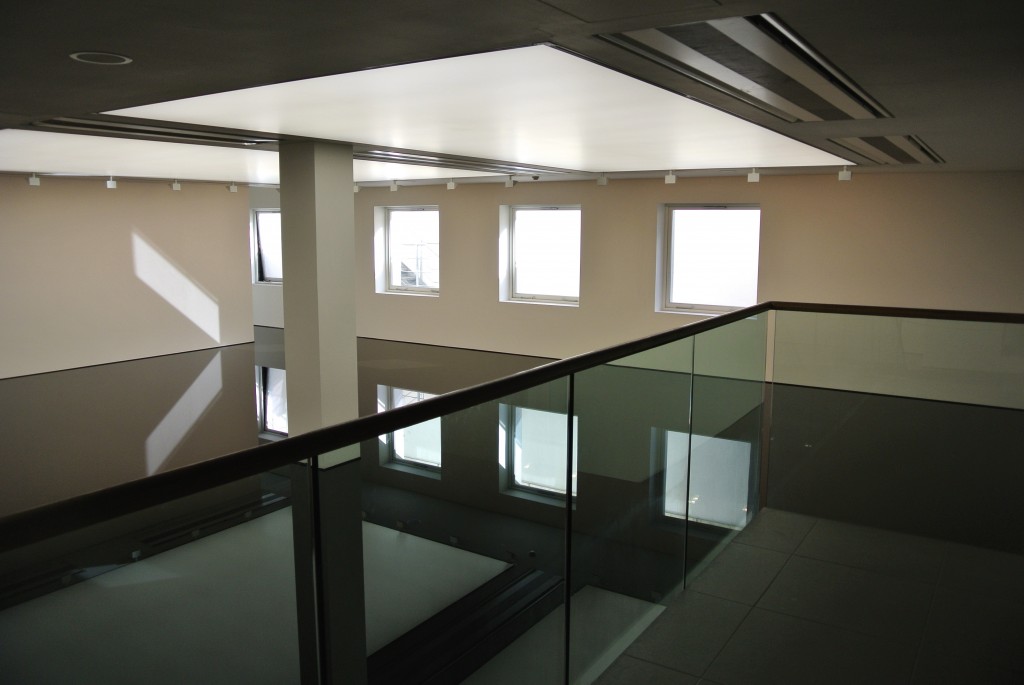 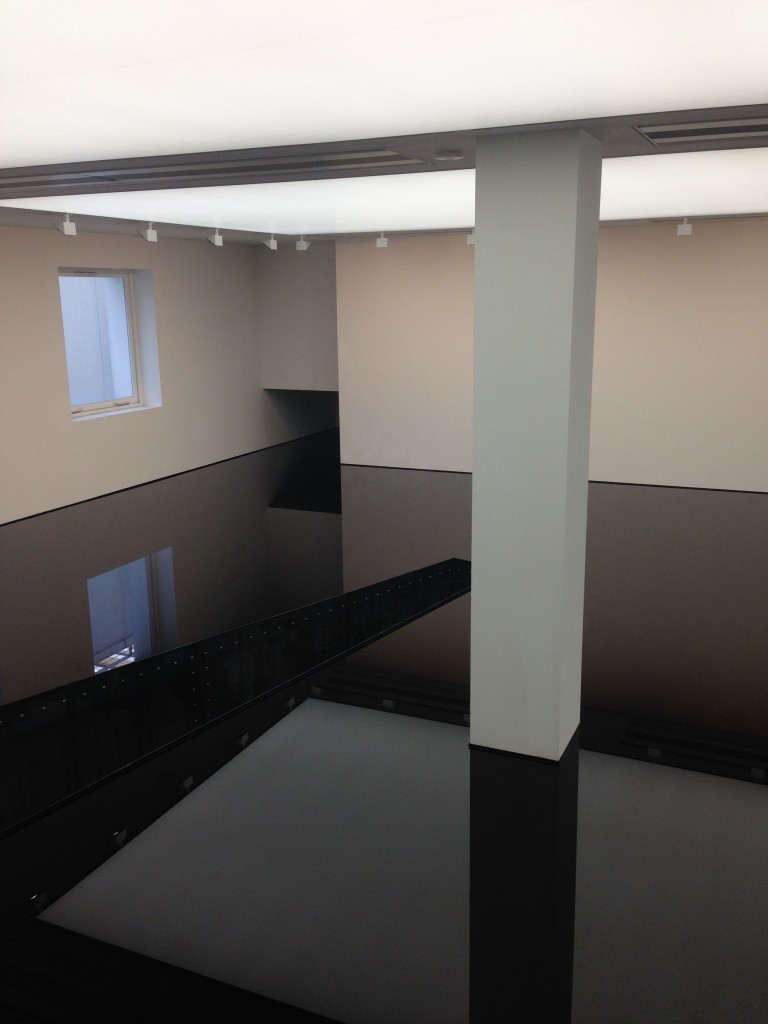 All images courtesy of Kate Stockman for The Squid Stories